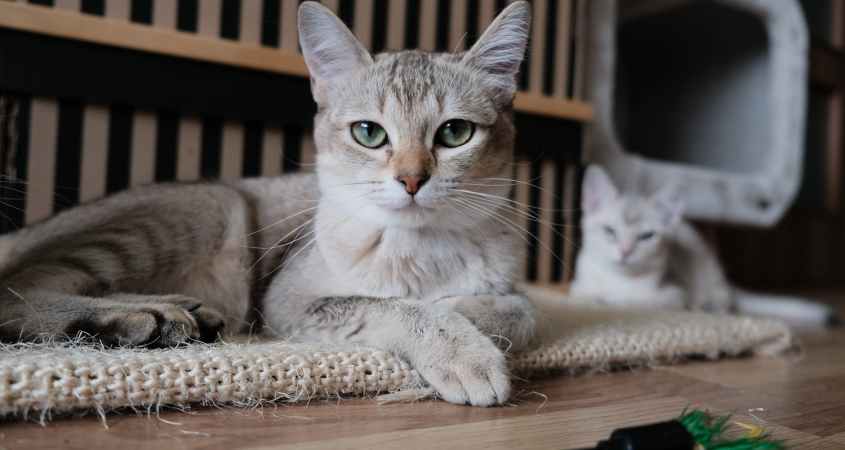 NPR has an interesting article about the very human tendency to peg our self worth to our careers and our egos to our accomplishments, something most of us are guilty of to one degree or another.

I know I’m guilty of it, and I’m often unhappy when I’m not meeting some arbitrary level of creative output.

But Devon Price, a social psychologist, told NPR a pet chinchilla named Dumptruck — “the opposite of productive, and frankly, rather destructive” — led to a revelation Price had about intrinsic worth.

“I would never look at him and think of his life in terms of, ‘Has he justified his right to exist?'” Price told NPR. “He’s not paying rent. He’s not performing any service. And it would be absurd to even think about his life in those terms.”

The article prompted me to think about Bud, of course. He’s just Bud. A gray-furred, mercurial, amusing little guy whose favorite activities are eating, sleeping and hanging out with his Big Buddy.

How Buddy pulls his weight

Does he do anything to “justify” his existence? Well, according to him, he does.

“What services do I provide?” Buddy repeated when asked. “Well, first of all, I’m delightful. I’m responsible for like 95% of the delightfulness around here, let’s be honest. Yes, delightfulness is a word. Because I say it is!”

He also claims he provides security — “no burglar in their right mind would break in knowing I’m here” — as well as daily wake-up services, and “annoyingness desensitization.”

Price’s observations are not far from those of John Gray, the British philosopher who published a new book, Feline Philosophy: Cats and the Meaning of Life, earlier this year.

Cats live in the moment, Gray points out, and don’t stress themselves obsessing over “an imagined future.” Some people, especially those who don’t appreciate the full scope of animal cognition, would say cats are so adept at enjoying the present because they’re simple creatures incapable of thinking in the abstract or planning for the future.

That, of course, isn’t true: Cats develop abstract thinking skills early in their development, they understand object permanence, and anyone who’s seen a mother cat care for her babies — fretting over hiding spots, frequently moving her kittens and checking in on them when she must hunt for food — knows our feline friends are most certainly capable of planning and worry. (Or you can just watch my cat when his dinner’s late.)

Human anxiety is compounded by existential concerns, which cats aren’t burdened by. They’re not worried about their place in the world, and it probably never occurs to them that trying to be happy acknowledges the possibility of failure.

Contentment is a cat’s natural state

Cats, Gray points out, just do what makes them happy, whether it’s playing with a favorite toy or shredding a roll of toilet paper. They’re not worried about whether they could have more fun doing something else, or whether they’re making the best use of their time. Cats are “among the wisest animals because they’re spontaneous and playful and content with whatever life presents them,” as one reviewer of Gray’s book put it.

“I would say that a lot of torment in our lives comes from that pressure for finding meaning,” Gray told The Guardian earlier this year. “Unless you adopt a transcendental faith which imagines a wholly other world where meaning is secure from any accident, most of the things that happen to us are pure chance. We struggle with the idea that there is no hidden meaning to find. We can’t become cats in that sense – we probably will need to always have the disposition to tell ourselves stories about our lives – but I would suggest a library of short stories is better than a novel.”

In response to questions about what cats might say to us if they could truly talk, rather than simply communicate, Gray responds with a question of his own: “If they could talk, would they find us sufficiently interesting to talk with?”

Would they consider us buzz kills? Would they roll their eyes, say nothing and return to gleefully knocking beverages off tables?

“Unless cats are hungry or mating or directly threatened, they default to a condition of rest or contentment or tranquility — basically the opposite of humans,” Gray told Vox. “So if cats could philosophize, my guess is they’d do it for their own amusement, not because of some deep need for peace.” 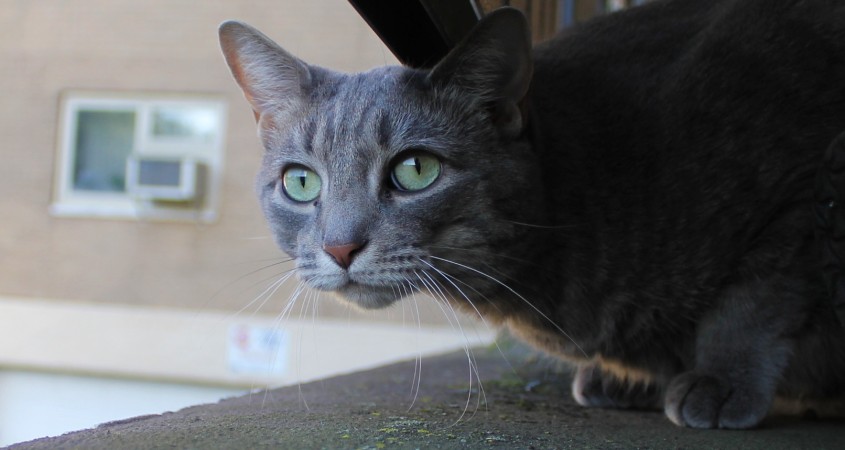 NEW YORK — Buddy the Cat was plunged into an existential crisis on Tuesday after realizing he is in fact an animal, sources said.

The outspoken grey tabby was dozing at about 12:32 pm during his fourth nap of the day when he was roused by a moving truck’s loud backup beeper and the shouts of men carrying heavy objects.

Buddy padded over to the window and looked down.

“What’s this ruckus?!” he called down to the movers. “Between your loud truck and you guys yelling like a bunch of animals, how is anyone supposed to get any sleep around here?”

The men below burst into laughter.

“What’s so funny?” Buddy demanded, his tail thumping the floor in annoyance.

“The pot calling the kettle black!” one of the men shouted back before disappearing around a corner with a large box in his hands.

After a quick search for the phrase on the internet, followed by a three-hour trip down the Wikipedia rabbit hole, a dejected Buddy collapsed into the couch while questioning his own existence.

“An animal?!?” he said aloud. “But I drink coffee! My research into quantum teleportation has been going so well! I don’t eat mouses and I’ve even stopped eating flies!”

The depressed feline was settling down for his fifth nap at press time, sources said, unaware that humans do not sleep 16 hours a day.

Buddy’s spirits were raised later in the day when, over a soundtrack of saccharine piano music, his human Big Buddy explained that humans are animals too.

“You think you’re a person,” Big Buddy said, “and who’s to say you’re not? Now can we cut the music? This isn’t Full House, and I’m not Bob Saget as Danny Tanner.” 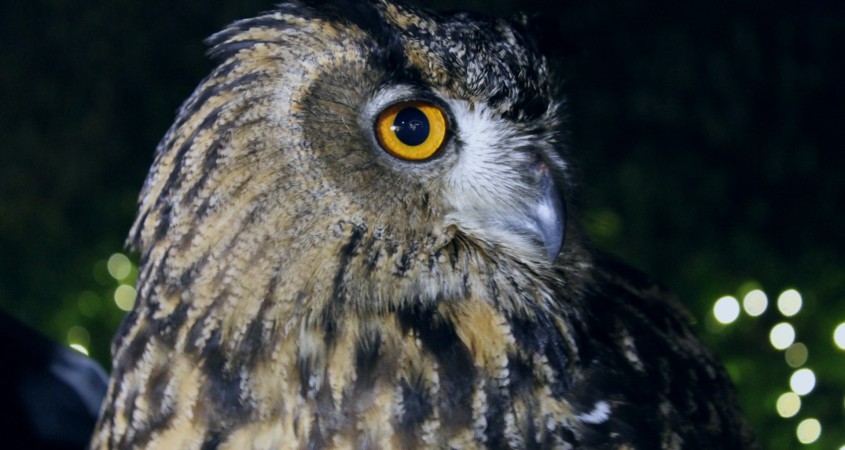 Every Christmas, the staff at the Bronx Zoo transform the grounds into a “winter wonderland,” an LED-illuminated forest of festive fun that begins at sundown.

The good: Young kids will enjoy themselves. The bad: All the animal exhibits are closed, with the tigers, bears, monkeys and elephants brought into their indoor enclosures before dark to shelter from the frigid New York winter.

On Friday night the only animal on duty was Quincy, a 16-year-old Eurasian eagle owl. The impressively-plumed Quincy gamely hung out and remained calm despite a small crowd of guests pointing cameras at him, occasionally repeating a vocalization that sounded more like Buddy’s high-pitched greeting than a call you’d expect from an owl.

Hooting, which is what most of us associate with the nocturnal birds, is more closely associated with territorial displays and mating calls, Quincy’s handler explained.

After taking my brother’s kids to Winter Wonderland, we stopped for a look at Roy’s Christmas Land in Harrison, NY. The owner, 61-year-old Roy Aletti, describes himself as a “maniac” when it comes to holiday decorating.

As you can see, his design philosophy can be summed up as “Buy as much shit as you can and cover every inch of your lawn.” The kids love it.