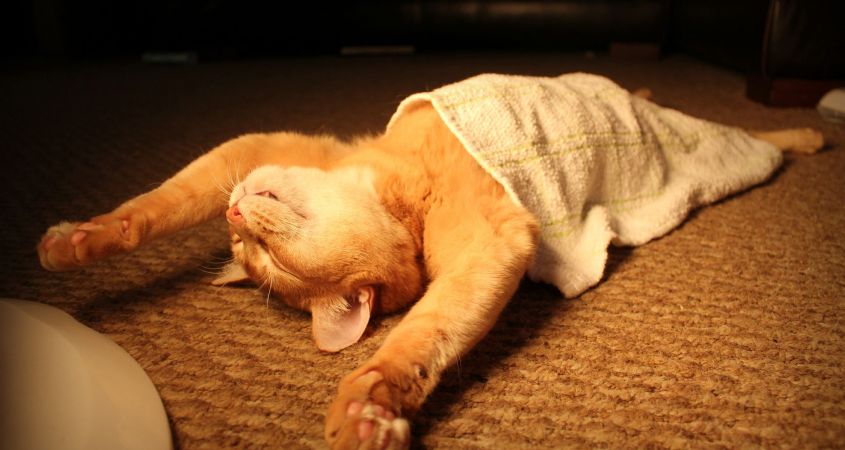 Accepting the award on behalf of all cats, Chonkmatic the Magnificent waddled on stage, took a short nap, then was helped up to the podium, where he yawned and addressed the audience.

“Thank you!” Chonkmatic said, allowing others to hoist the award for him. “We didn’t work hard at all to earn this recognition, and that makes it even more satisfying.”

Chonkmatic went on to list several other cats who made the award possible by demonstrating remarkable laziness, before handing off the list to his assistant so he could be carried off stage for a snack and another nap.

Jaguars, the apex predators of South America, were recognized in the wild cat category for the remarkable achievement of ruling more than two million square miles of rainforest while napping approximately 70 percent of the time.

The big cats of the Amazon prerecorded an acceptance speech because the award show was scheduled to interfere with their napping schedule.

“We are honored to receive this award,” Ahau-K’in, the King of Jaguars, said in the message. “If you could just deliver it to us, that’d be great. In fact, you can leave it at the Temple of Palenque, but bring it up the stairs, mind. We don’t want to have to drag that thing up here.”

Sharing in the recognition was Buddy the Cat, who “showed us all that a new style of napping is possible by training our humans never to move if we’re sleeping on top of them.”

“The New York cat also developed new techniques for prompting humans to deliver snacks directly to their feline overlords,” the judges wrote. “After all, why should we come running at the sound of a crinkly bag being opened? The snacks should be placed before us, requiring as little effort as possible to eat them and leaving more time for yawning, stretching and lazing.” 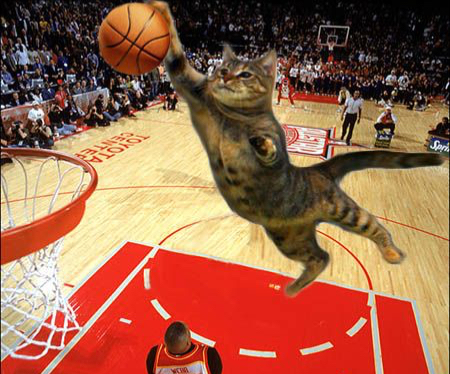 We’re all living like hermits these days, hunkered down at home, trying to limit our exposure to the Coronavirus while risking cabin fever.

We’re trying to find new activities here in El Casa de Buddy: There aren’t any live sports, the new season of Netflix’s awesome action drama Kingdom only had six episodes, and there are only so many times you can watch humorous clips of idiots playing trombones on bikes or Ali G exasperating another poor soul with his profound stupidity. (“It’s a farm. Do you know what a farm is?” “It’s a rubbish zoo.”)

Necessity being the mother of invention and all that, people have begun inventing sports to play with their cats.

🏏My cat has to defend the box from my ping pong ball.

🏏If the ball hits the cardboard, that’s a point to me. 🤷🏻‍♂️

Friends: What will you do with all your time in quarantine?

Me: Probably go bowling with my cat.

Friends: But you're not really allowed to go out of the house, and cats don't know how to bowl anyway.

I must have watched this a million times today already #QuarantineLife pic.twitter.com/qlLIFbGB3A

Then there’s cat air hockey. Is there a cat who doesn’t like batting things around on flat surfaces?

My cat and I were playing air hockey and she RAGE QUIT pic.twitter.com/VqQfiMHRpU

Inspired by the creativity of other feline servants, I put a few suggestions to Buddy.

“Uh, okay. How about cat golf? I’ll cut a hole in a cardboard box and…”

“Don’t you dare defile a box!”

So there you have it. We’re gonna try our hand/paw at competitive napping, which I suppose works for us since Buddy’s favorite way to nap is curling up on top of me.

If any of our readers have found novel ways to simultaneously entertain themselves and their feline masters, please do share. 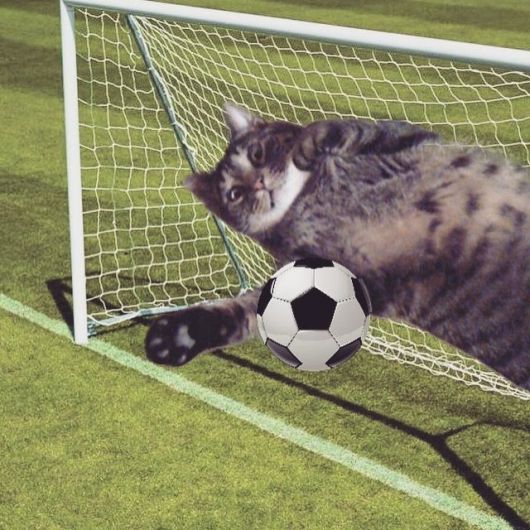 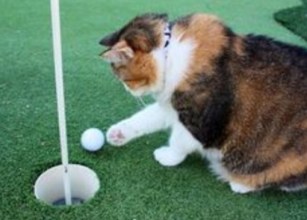 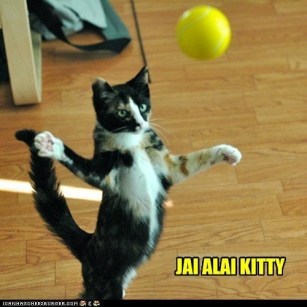 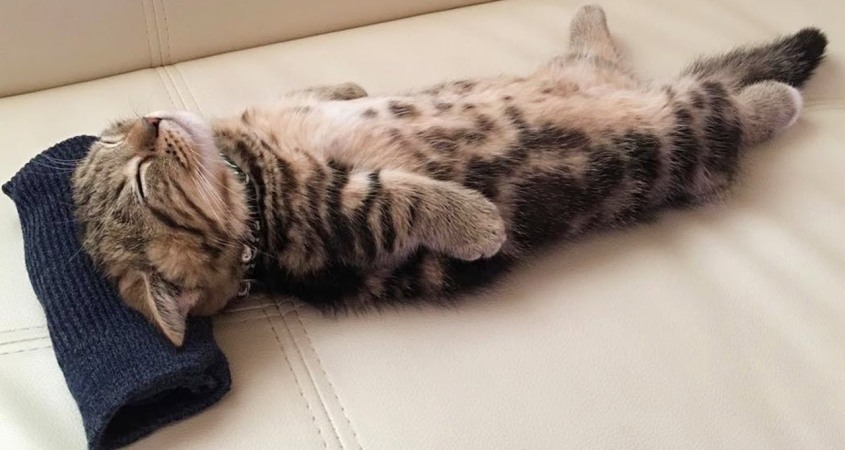 I didn’t know about this until reading about it on the interwebs, where people seem to be bewildered at the practice:

“[M]y eight-year-old female cat finds a great place to sleep – pet bed, closet, blanket – and sleeps there for two to six months, then finds a new spot and never returns to the old. The deserted spots aren’t soiled. Why, besides because she’s a cat, does she do that?”

Some say it’s a behavioral throwback to cats’ wild ancestry, when sleeping in predictable locations could have lethal consequences. Others think cats are like furry Sheldon Coopers, looking for the perfect spot — comfortable and warm, with a good angle to keep watch over everything.

Oddly enough, the King doesn’t seem to have this particular feline quirk. He’s got four spots — my bed, the couch, under the table and chairs, and my still-warm desk chair immediately after I vacate it. He seems to use them at random, and rarely deviates.

He isn’t so much a rotator as he is a napper of opportunity, prioritizing warm laps when available and falling back on comfortable spots the rest of the time.