Buddy the Cat was hailed for his heroism after a Thursday incident in which he saved his human … from burning his bagel.

Buddy’s human had placed the bagel inside the toaster at approximately 2:43 pm but neglected to turn the toast setting to medium.

“I was sitting on the kitchen floor, just thinking about klepping some delicious cream cheese when I detected the faintest whiff of burning bread,” Buddy said. “I knew immediately what was at stake, and I knew there was no time to lose.”

Buddy was able to get his human’s attention and led him to the kitchen, where the toaster situation was becoming more dire by the second.

“Unfortunately humans have dead noses, so Big Buddy didn’t realize how close we were to disaster,” the grey tabby said. “I had to act fast, so I bit him, then mewed at the toaster.”

Only one question remained: Would the human understand the obvious message Buddy was conveying to him, or would he remain entirely oblivious like most of his dim-witted kind?

With time running out, Big Buddy finally realized what was happening and reached out to pop the toaster, saving the bagel.

If it hadn’t been for his quick-thinking and brave cat, Big Buddy’s bagel would have been ruined, rendered burnt and black by a toaster tragically set to its maximum toasting capacity.

“People are calling me a hero but honestly, I just did what any cat would do for their human,” Buddy said. “If that makes me a hero, well, then I guess I’m guilty as charged!”

Hello and welcome to our Spring 2020 reader survey! We here at Pain In The Bud (littlebuddythecat.com) appreciate our readers, all four million of them, and we’d like to know what kind of content YOU want to see on this illustrious blog.

So without further adieu, here are the reader survey questions:

1) How often would you like to see new photos of Buddy?

2) How much should Buddy charge for his pawtograph?

a) Nope, I just want to read about Buddy!
b) Maybe, but not if that means fewer Buddy stories!
c) Yes. I love all cat stories, but Buddy is my favorite.

4) How would you describe Buddy if you were recommending his site to friends and other cat lovers?

5) What’s your favorite thing about Buddy?

a) He’s a mastermind! He always comes up with brilliant schemes that never, ever backfire.
b) He’s astonishingly brave! Most cats are terrified of vacuums, kitchen blenders and garbage trucks, but Buddy isn’t like most cats.
c) He’s possessed of exceptional intuition. His powers of deduction, such as his investigation linking Coronavirus to Corona beer, are second to none.
d) He’s remarkably humble. He has the body of Cadonis, the strength of a tiger, the roar of a lion and the stealth of a jaguar melting into the jungle, but he never brags.

6) Have you told your friends and family about Buddy?

a) Does a bear poop in the woods?
b) I never stop talking about him! He’s so dreamy!
c) I have been derelict in my duty to inform others of how delightful he is. I apologize and will correct my error!

Thanks in advance for your answers! Your responses constitute valuable data that we’ll use to improve this blog, and have absolutely nothing to do with massaging Buddy’s ego. Cheers! 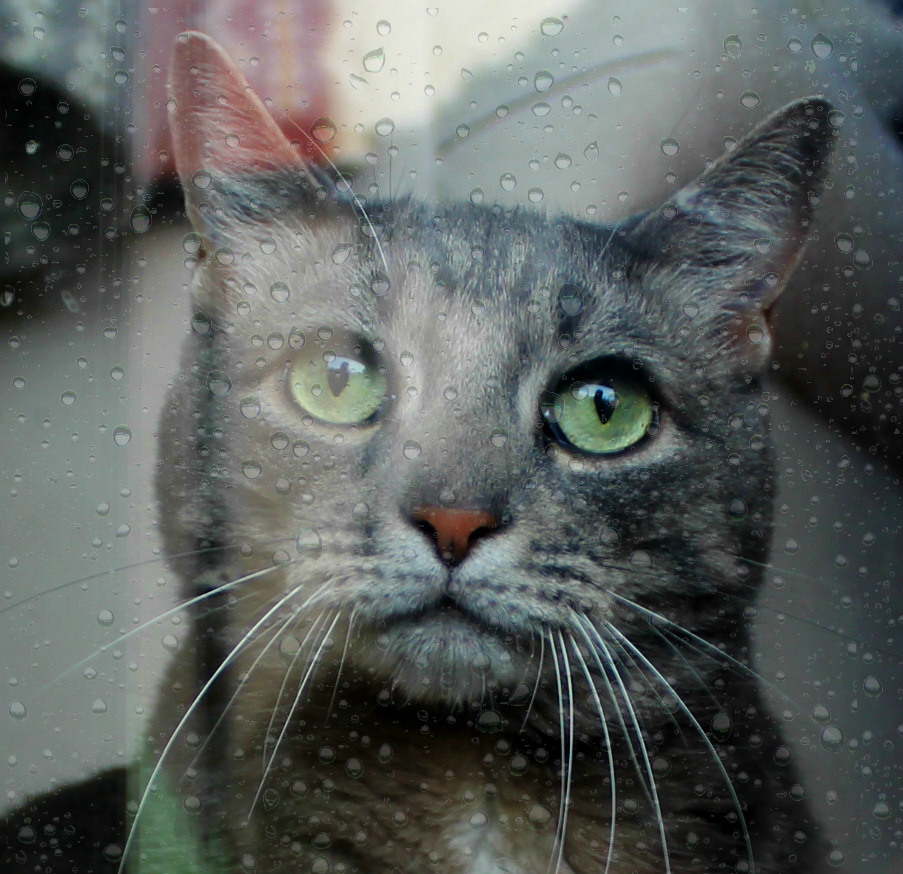 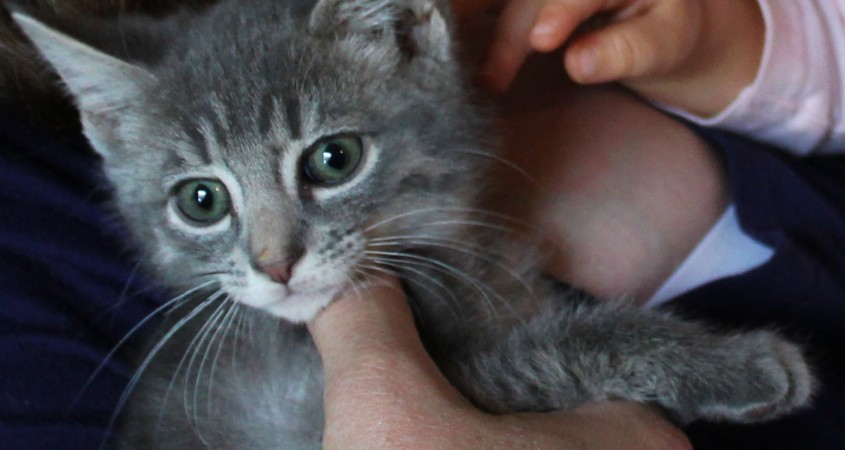 How did your hooman adopt you? What happened?

At the dawn of time in 1 AB (Anno Buddy), a mommy cat gave birth to a litter of feisty felines. They were strapping young kitties, and when the time came for them to pair up with humans and move to their new homes, they went one-by-one.

All except one, the smallest and runtiest of the bunch. He was sick and he had a limp, but he was a happy little boy. Every day he waved goodbye to his brothers and sisters, and wondered if anyone would want him. He was small and his mew was only a squeak, but he already had a very big heart and lots of love to give.

Then it happened. A mysterious stranger enquired about the runt and almost two weeks later he arrived in person to take the little kitten home. The little kitten was scared. This human put music on in the car ride home, and his singing voice was terrible!

“Don’t worry,” the human said as he drove. “Me and you are going to be best buddies! You’ll see!”

After arriving at a strange new place, claiming every inch of it and pooping under the human’s bed for two weeks, the little kitten knew he had found his home. The human’s bed became his bed. The human became his pillow. Things were turning out okay.

The human fed the kitten healthy food. The kitten’s limp improved, his coat started to look healthy, and his poops were less nasty. The kitten also learned that the box with litter inside it was for the aforementioned pooping, not for making sand castles.

The kitten still had no name. One day the human’s mom observer her son with the kitten, and after her son called the cat “little buddy,” she said: “That’s a perfect name for him: Bud. You guys are the Buddies. Buddy number one and Buddy number two.”

They were henceforth known as Big Buddy and Little Buddy.

The big human and little cat became best friends. One day Big Buddy brought home a harness. Little Buddy didn’t like it. But after a lot of practice, Little Buddy learned to accept the harness and learned how to walk on it next to his Big Buddy.

It was during one of those walks that a human female saw Little Buddy and declared him the cutest kitten ever. Suddenly Little Buddy realized he was very handsome, and embarked on a career as a kitty model that continues to this day.

Soon Little Buddy began pumping iron, and began the transformation to the strong, regal kitty with huge muscles that you’re familiar with today.

And there you have it. Buddy’s origin story.

Big Buddy is heading to Japan for a couple of weeks. What does that mean for Pain In The Bud?

Photographs! I plan to shoot as much as I can while I’m there. Snow monkeys (Japanese macaques) are on the itinerary, and I can’t wait to shoot Japanese night life and Tokyo itself, but Japan is a famously cat-obsessed country so I don’t think I’ll have any trouble finding kitties and kitty-themed everything to photograph.

Of course I’m also planning on visiting a cat cafe or two while I’m there, because I’ll definitely miss my Little Buddy.

Which brings me to the next order of business: Buddy himself will be in the care of my mother. This gives me an opportunity to lay an enormous guilt trip on her for refusing to allow Buddy to sleep in bed with her.

“Think of poor Buddy, mom. All alone, missing me terribly, accustomed to curling up with his beloved Big Buddy at night, and you’re not going to allow him in the bedroom? What kind of person is so cruel? You’re telling me you’re going to hear his plaintive meows for comfort, his tiny little paws beating on the door as he desperately seeks human contact, and you’re going to coldly lay there and ignore him? You’re a terrible person.”

I’ve already made it clear I expect daily photographs of Buddy next to the current day’s edition of the newspaper, so I can verify he’s still alive and well in the evil clutches of my mother.

In reality he’s probably going to drive her crazy, so the joke’s on her. Muahahaha!

(Mom, if you’re reading this, you know how much I love you!)

Finally, there’s the matter of separation anxiety for the Buddies. I’m going to leave a dirty t-shirt or two on my bed so Bud can take in my familiar scent — which smells of victory, bad assery and Curve all at once — and take comfort from it. As for me, I’m going to see if he’ll acknowledge me via Facetime through an iPad screen. That should be interesting.

The last time I was gone for an extended period of time, I walked in the door and Buddy was so excited he puked. I hope he keeps his lunch this time around. 🙂

I am going to miss my Little Buddy!

Pain In The Bud will be updated a few more times before the trip, and by late Sunday or Monday I should be updating from the Land of the Rising Sun!