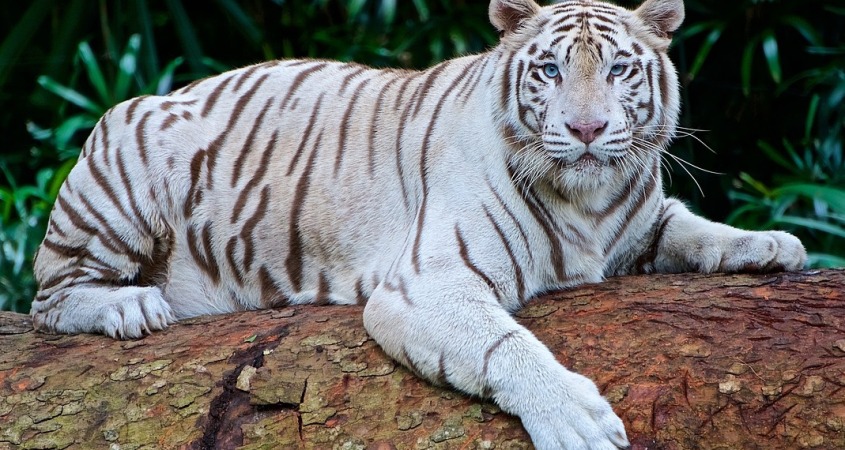 Even though Tiger King, the tawdry Netflix documentary about a redneck and his “zoo” full of tigers, focused more on the eccentric people involved than the plight of the big cats in their “care,” it got people talking about the problem of captive tigers in the US.

In 2020, congress passed a rare bipartisan bill to ban all big cat ownership in the US. The bill stalled when the senate failed to vote on it before the end of the legislative session, but now it’s back — and the recent saga of a confused tiger wandering around Houston may finally provide the nudge for politicians to pass the badly-needed bill.

There are more tigers living in Texas and Florida backyards than there are in the wild, an ignominious fact that says volumes about humanity’s indifference to the plight of the Earth’s most powerful and iconic predators. Devastated by habitat destruction and poaching to feed the bottomless Chinese appetite for tiger parts used in traditional Chinese “medicine,” the worldwide wild tiger population is about 3,900, according to the World Wildlife Fund.

The Big Cat Public Safety Act would ban the private ownership of tigers, lions, jaguars, leopards, cougars and cheetahs. It would also outlaw the practice of taking tiger cubs from their mothers so guests can hold them and take selfies with them, which has become an increasingly-popular and controversial feature of “roadside zoos” — unregulated, poorly run, unaccredited facilities — in the US.

The Houston tiger, named India, is one of those unfortunate cubs. While the public freaked out and Houston residents huddled in their homes, hoping to record footage of the wandering tiger, an important fact was often left out of media reports: India is only eight months old. He’s essentially a baby, albeit a 175-pound one, and he had no idea what was happening to him, where he was, how to feed himself, or how to escape the endless sprawl of urban and suburban Texas.

Despite the fact that he was a confused-yet-playful cub, India could have easily been shot by authorities. Thankfully he survived his ordeal, and while his “owner,” Victor Cuevas, is sitting in jail on $300,000 bond, India has been relocated to a sanctuary in northern Texas, where he’ll be looked after and will get to live in the company of other tigers.

In the meantime, we all have an opportunity to lobby our respective senators and demand that they vote for the Big Cat Public Safety Act. You can fire off a letter to your senators and congressional representative in less than two minutes using the Animal Welfare Institute’s site — just punch in your address and the site will draft automated letters to all three, with fields to sign your name and to personalize the letters.

Tell them you support the Big Cat Public Safety Act, and you’ll take their vote into consideration the next time you head to the ballot box.