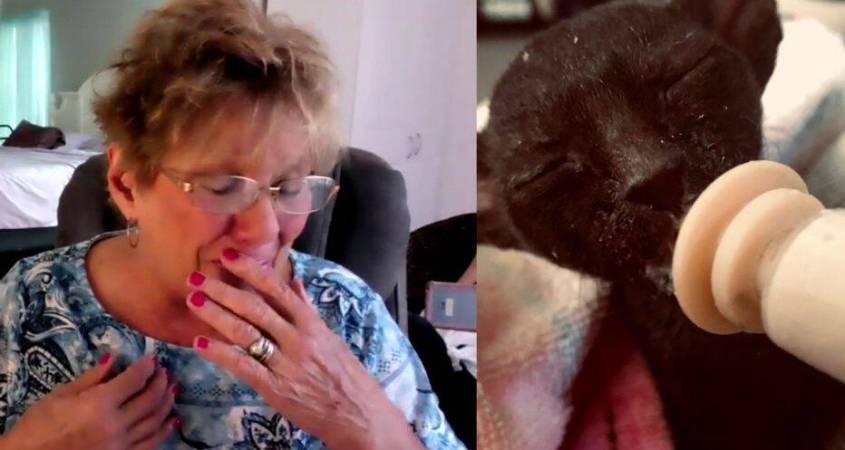 UPDATE: Charlene High was reunited with her cat, Donna, after staff at the Humane Society were able to work out a solution between her and the New York family that was going to adopt the 5-year-old Cornish Rex.

Little Donna went missing in February when contractors were installing a wheelchair ramp in High’s home and she got spooked as so many cats do, running out of the house.

She was found on March 14 and brought to the Humane Society of Highlands County, where staff held her for the mandatory five days before listing her for adoption.

In the meantime, High — who had been calling around to local shelters, posting Donna’s photo online and looking for her in the neighborhood — saw a social media post about a cat who had been found. The staff at the Humane Society named her Karena, but she was High’s Donna, and High said she was “ecstatic” her kitty was alive.

High and Donna couldn’t be immediately reunited, however. A family from New York had filed adoption papers for Donna and were planning on driving down to Tampa to pick up the cat.

Staff at the Humane Society worked to find a solution for everyone involved.

Ultimately, Donna’s would-be adopters agreed that she should be returned home, and will adopt a kitten instead, Olivero said. Donna was spayed, given a day to recover at the shelter, and was reunited with High on Tuesday.

“Ms. Charlene felt bad. The situation was bad to begin with,” Olivero said. Thankfully the solution was satisfactory to all and “every party is happy” with the outcome.

A Fox13 Tampa Bay (WTVT) story about the situation was aired and published to the web on Monday after the resolution, but presented the story as if the dispute was ongoing in addition to including several errors of fact.

We contributed to the flow of misinformation by linking to the WTVT story 11 hours after it was published, a practice called aggregation, and added our own commentary based on the misinformation. We got burned, and the result was presenting an inaccurate and outdated account of events to our readers.

We regret the error and promise to do better in the future. We’re glad the Humane Society found a satisfactory solution in a difficult situation, and we’re glad that Donna the cat has been returned to her original home. 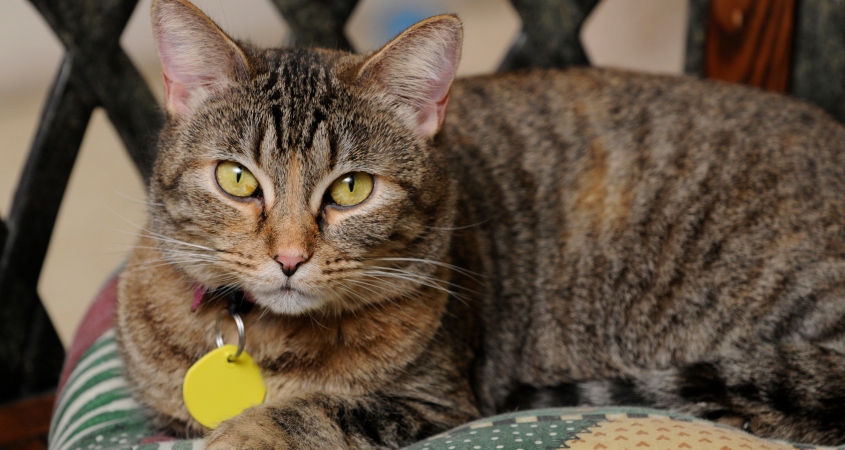 Even indoor cats should wear collars, according to a pair of veterinarians who spoke with PopSugar.

Megan McCorkel, a veterinarian who writes for Better With Cats, said collars can make a difference if the unexpected happens and your cat gets outside:

While it might not seem as necessary to put a collar on an indoor cat as an outdoor cat, accidents can still happen, Dr. McCorkel said. Even indoor-only cats can venture out of the house unexpectedly. However, because indoor-only cats don’t have the street savviness of outdoor felines, they might be in a bit of panic when they first get out, she explained. Luckily, a collar helps people realize that your stressed-out kitty doesn’t belong outside, prompting them to return your lost cat home safely and quickly. “I think of a collar on an indoor cat like an insurance plan,” Dr. McCorkel said. “I hope I don’t need it, but when I do, I’ll be glad it’s there.”

The last time I tried to put a collar on Buddy was six years ago, and he was miserable with it on. At the time I tried the gradual approach, leaving it on him for short spurts and giving him extra treats and praise when he had it on.

Eventually I left it on Bud for the better part of a day. He whined and cried and never forgot it was around his neck.

Finally he managed to contort himself so he could get a hind paw underneath the collar and pull on it with his front paws. He trilled with anticipation, sliding it up his neck toward his ears — then lost his grip, and the collar snapped back like a rubber band.

I will never forget his shriek of unmistakable frustration in that moment. I knew he was miserable, and I took the collar off immediately. 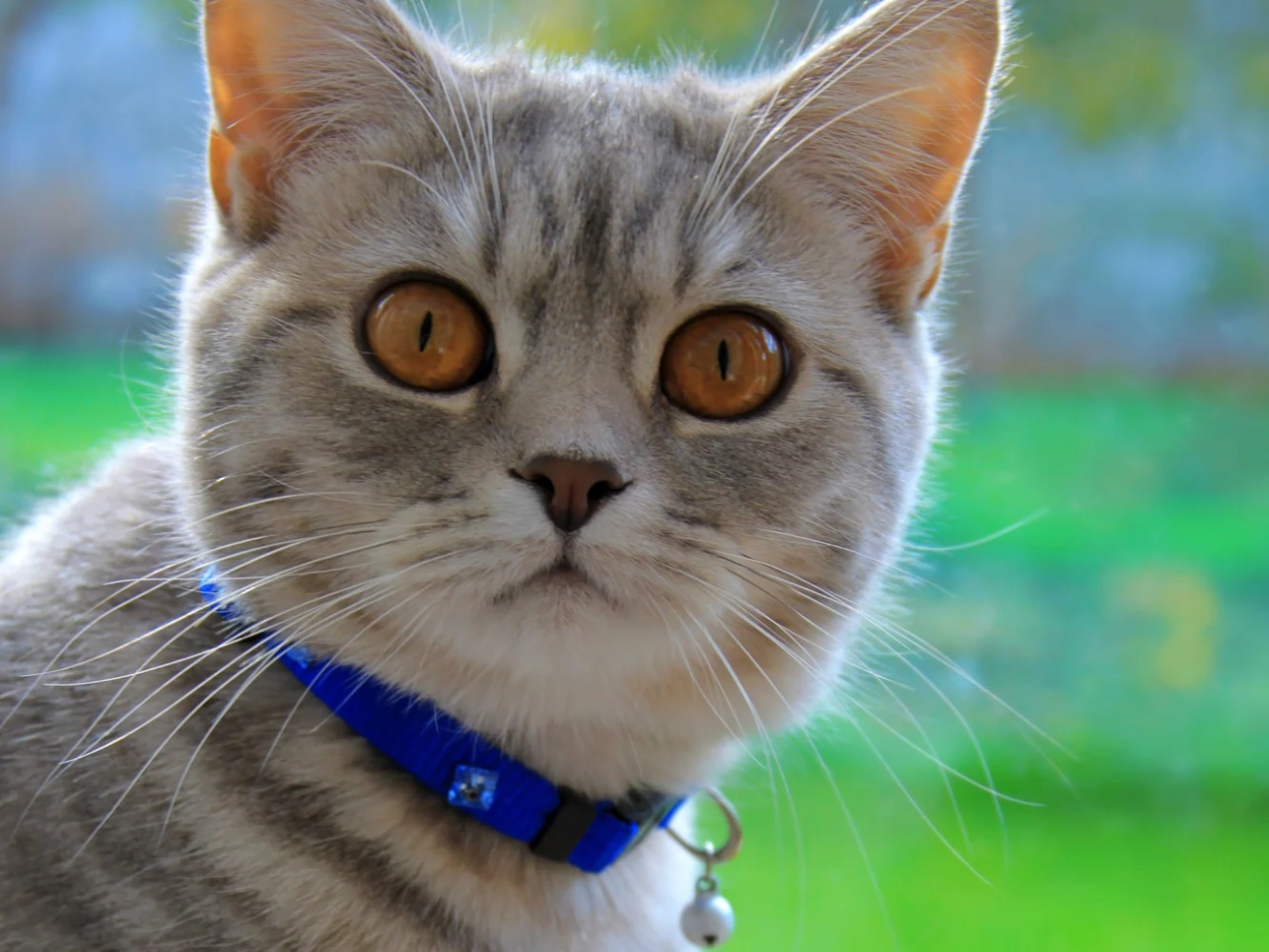 Right now I’m not worried about him getting outside because I live in an apartment building, meaning Bud would have to get through three or four sets of doors, and primarily because he wants nothing to do with the outdoors. As an indoor cat, Buddy gets overwhelmed by the sights, sounds and smells outside, and that’s when he’s on his harness with me as his safety blanket. He enjoys sunbathing on the balcony, but he won’t even step out there unless it’s a perfect 75-degree day.

I’ve made the determination that it’s not worth making him suffer. That could change in the future when my living circumstances are different.

What about your cats? Do they tolerate collars? Do you think they’re necessary?