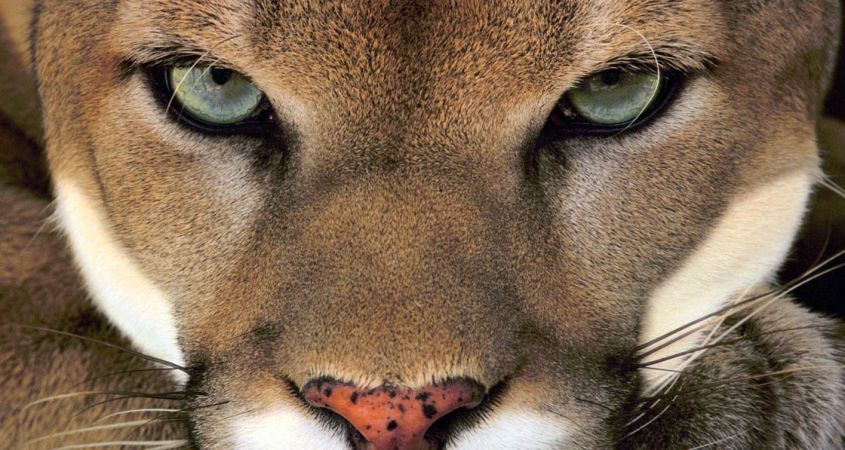 This is the real deal, friends. Not a cheesy low-res photo or an intentionally obtuse shot with three pixels of a tail visible.

There’s a cat in this photo — a puma to be exact — and finding it is a good reminder of how awesome these elusive felids are, as well as how well they hide themselves from humans and fellow wildlife alike:

The photo comes courtesy of the US Fish and Wildlife Services and eagle-eyed photographer John Tull, who spotted the well-hidden cat in rural Washoe County, Nevada.

Mountain lions are the second-largest cats in the Americas behind jaguars, and although they look like lionesses, they pose little danger to humans. About 15 people have died in conflicts with mountain lions over the past 100 years. Dogs, by contrast, kill between 30 and 50 people a year.

Mountain lions are also known as pumas, cougars, catamounts and panthers, among other names. The word “panther” is a nonspecific word for large cats and is often used in association with jaguars and leopards.

Known scientifically as puma concolor, these mysterious cats are more closely related to small cats (felis) than big cats (panthera), and have the distinction of being the largest cats who can meow. 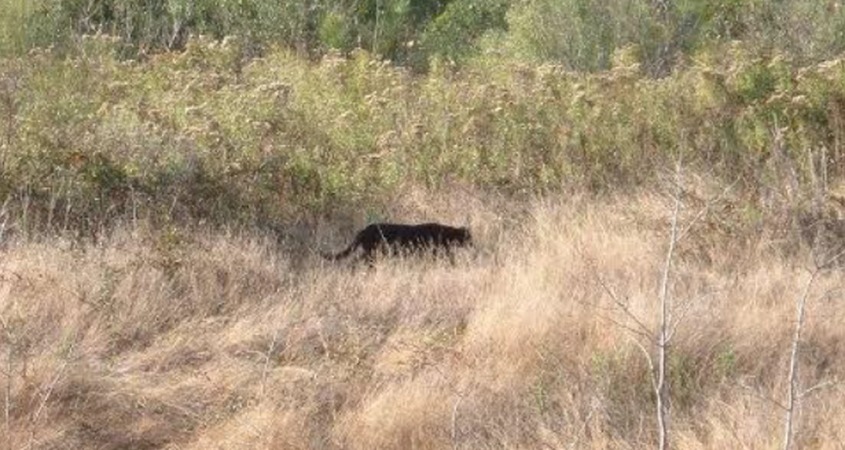 A New Zealand man says he filmed a “panther” after taking blurry footage of a house cat.

Kyle Mulinder does his best Steve Irwin impression with a breathless “Look at that thing! Amazing!” while zooming in on what looks an awful lot like a domestic cat.

Mulinder continues to provide commentary and generously estimates the cat at “four foot high” as it dashes off a dirt road into a wooded area in New Zealand’s Hanmer Springs Heritage Forest.

Here’s a screenshot of the cat. I wasn’t able to embed the video, so you’ll have to visit the New Zealand Herald to watch it. 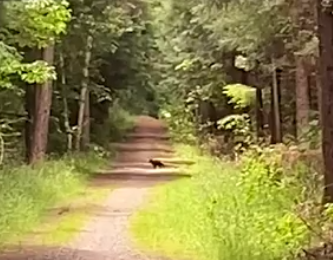 A handful of New Zealanders have said they’ve seen a large cat since at least this summer, long enough for the local press to dub the cat the Canterbury Panther. Various reports identify the cat as grey, tawny or black.

Mulinder, who calls himself Bare Kiwi online, demonstrated a flair for the dramatic while telling his tale to the Herald.

“It was about 50 metres away, strolling in the other direction but it sat down, turned and looked into my soul,” Mulinder said. “It was a very emotional experience. I was fearing for my life.” 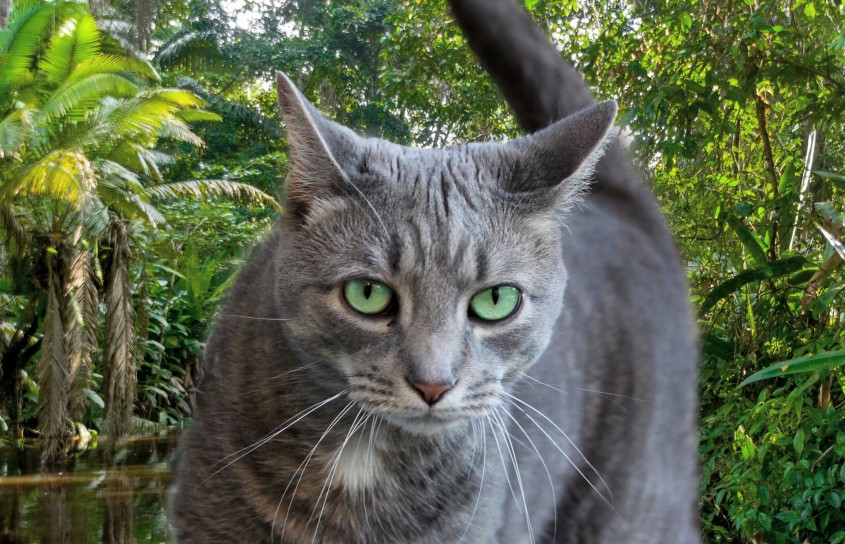 Yolanda van Heezik, a zoologist at New Zealand’s Otago University, said the chances of a big cat on the loose are “extremely unlikely.”

Aside from the lack of convincing footage of the Canterbury Panther, there aren’t any obvious signs of a mountain lion, jaguar or leopard, van Heezik said. Those signs could include scratches from large claws high up in trees, widespread scent-marking and the trail of prey that would be left by a large carnivore.

“No one’s ever caught one, no one’s ever got really good evidence that they are something different from just a large feral cat,” she said earlier this month. “And there’s also a complete lack of evidence that is indirect like if you had a really big cat like that you would expect there to be more stock kills, for example, but we don’t really have that evidence either.” 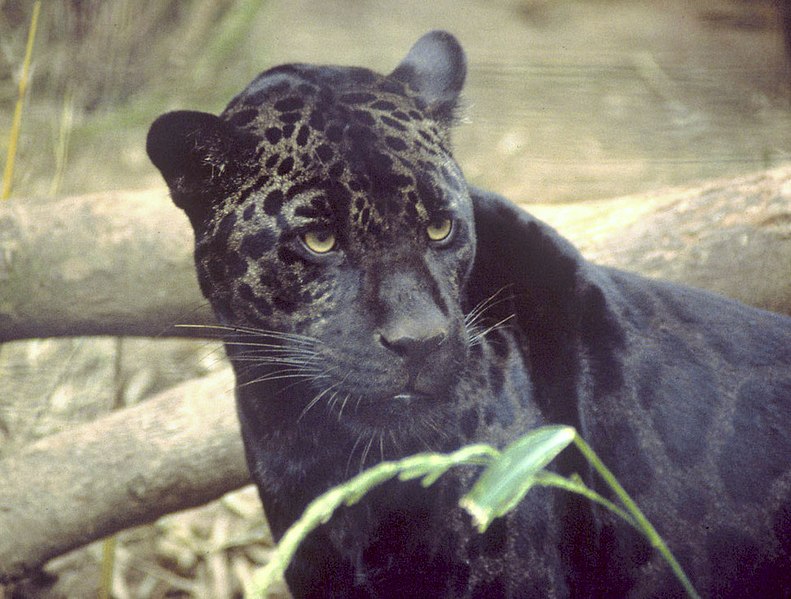 Aside from the cat’s small size, there are other obvious reasons why it’s unlikely to be a panther. The word panther can refer to a cougar, also known as a mountain lion or puma. It can also refer to a jaguar or a leopard.

None of those cats are found on New Zealand: Pumas and jaguars are native to the Americas, while leopards exist in Africa and parts of Asia.

Of course it’s possible someone purchased a big cat from the illegal wildlife market and the animal escaped or was let go, but those cases are rare and big cats tend to be the “toys” of the ultra-wealthy. Local authorities have ruled out the possibility of a large cat escaping from any nearby zoo or wildlife facility, according to the Herald. 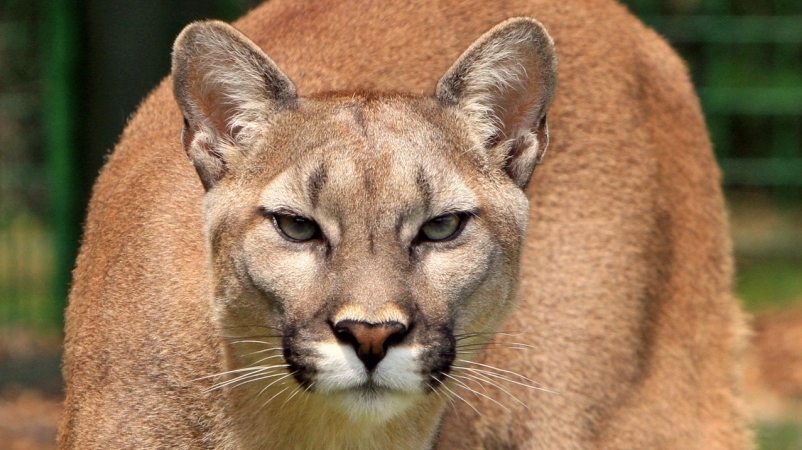 Just to clear up any misunderstandings — and hopefully stave off more of those “Would a tiger and a house cat be good friends?” questions — cats aren’t down with each other just because they’re cats.

You won’t see a jaguar high-fiving a jaguarundi like “Sup bro? Hunt anything delicious lately?”

And you sure as hell won’t see your cat shooting the shit with a puma on your back porch, trading war stories about taking down prey.

Nope. To the puma, your cat is the prey.

That’s what happened early on Thursday morning in Boulder Creek, California, where footage from a Ring doorbell cam shows a puma — also known as a mountain lion or cougar — hovering over something partially obscured by a planter. There’s a flash of domestic kitty eyes for the briefest instant, then more noise followed by the puma walking away with the cat in its jaws.

Sue Ann Sheely, whose camera caught the attack, said it’s the second time she’s seen a local cat fall victim to a cougar. She sent the footage to a local news station so her neighbors will finally wise up and bring their cats indoors.

Like coyotes, pumas aren’t breeding in greater numbers or suddenly intruding on human territory: We’re the intruders, chipping away at the wild cat’s habitat with each new housing development and strip mall we build. The majestic-looking cats die in unusually high numbers when roads cut through their ranges, and simply brushing up against a human neighborhood is often enough to get them shot.

With fractured habitats and fewer prey animals to hunt, pumas will sometimes turn to domestic animals as prey. Attacks on humans are exceedingly rare, and pumas normally do their best to steer clear of humans. 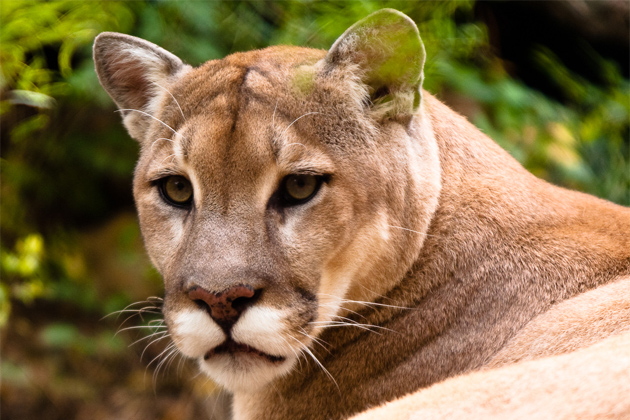 What would domestic cats be like if they were the same size as big cats?

It’s a question that seems to pop up often on cat-centric and Q&A sites and the answer is complex, but it turns out nature has given us a pretty good idea with the puma.

Also known as the cougar, mountain lion and the more generic panther (which can be a name for jaguars and leopards as well), the puma is big, but genetically it’s related to small cats and it shares some physical features with our familiar domestic kitties.

It’s capable of the intimidating wild cat scream often heard from the largest felines, but the puma can’t roar like big cats. Instead, it purrs like its smaller relatives, and it can even meow with the best of them!

Visually, the puma is a striking animal — it’s muscular with a shiny tan coat and facial features reminiscent of both panthera and felis. While its ears more closely resemble those of small cats (felis), the puma’s eyes have circular irises like its larger cousins.

It’s also remarkably adaptive. The puma boasts the largest range of any cat, and is found all throughout South and North America. Here in good ol’ ‘Merica, the cat ranges from the coastal mountains of California to the forests of New England, and a subspecies — the famous Florida Panther — occupies swampland and dense jungle habitats.

After the jaguar, it’s the second-largest cat in the Western Hemisphere.

The puma is a wild animal, meaning its place is out in the world fending for itself, protecting its territory, hunting, mating, grooming and sleeping a lot, like all cats do. Pumas are emphatically not pets.

Yet pumas have a disposition closer to house cats than big cats, meaning they’re not hostile to humans by default, and much like feral cats, they’ll go out of their way to avoid humans.

Again — and it cannot be emphasized enough — pumas are wild animals who belong in the wild, but there have been rare cases where the big-little cats have lived with humans when circumstances make it impossible to return them to their natural habitat.

In some cases it’s because the puma is maimed and can no longer hunt for itself, while others remain under human care because they were born into zoos or circuses and literally do not know how to live like wild cats. Those animals are better off in sanctuaries than left to fend for themselves, which they’re unable to do, but should only be cared for by professionals.

While pumas don’t have any interest in hunting or harming humans, that doesn’t mean they’re not dangerous. Males can tip the scales at up to 220 pounds, while females can weigh as much as 140.

That’s a LOT of cat: Most of us know the kind of damage 10-pound domestic felines are capable of rendering, especially with sharp claws and teeth that can shred delicate human skin. A 220-pound puma, while not as lethal as a tiger pushing 600-plus pounds, can fatally injure a human being.

Thankfully, these animals are famously elusive and confrontations with humans are exceedingly rare. 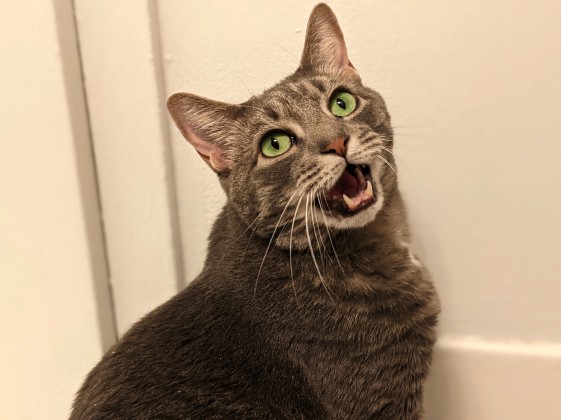 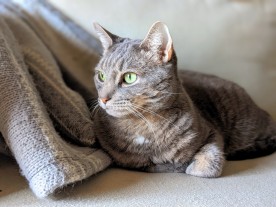 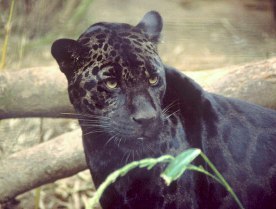 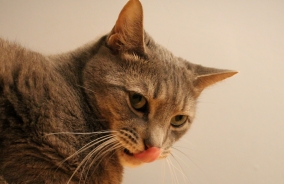 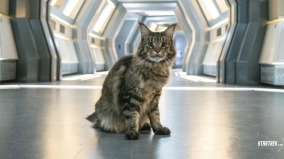 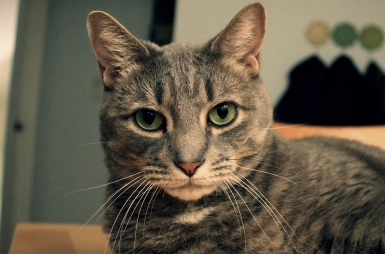 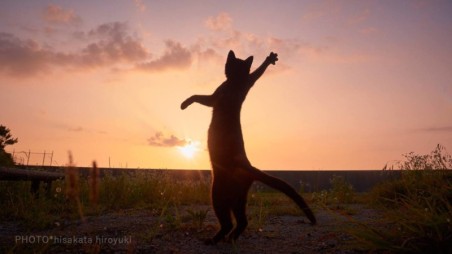 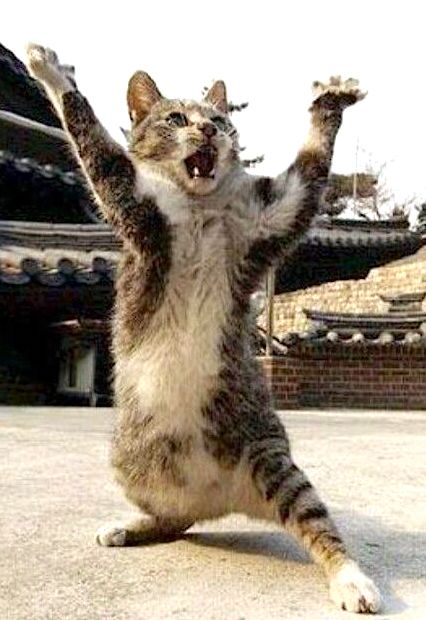 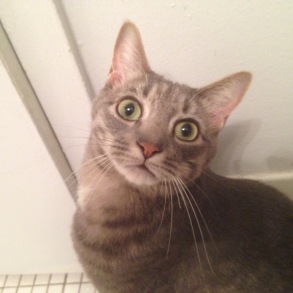 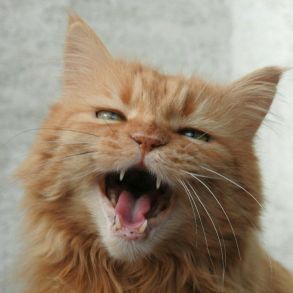 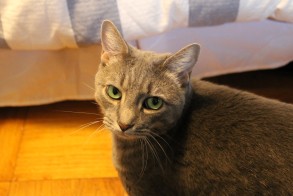