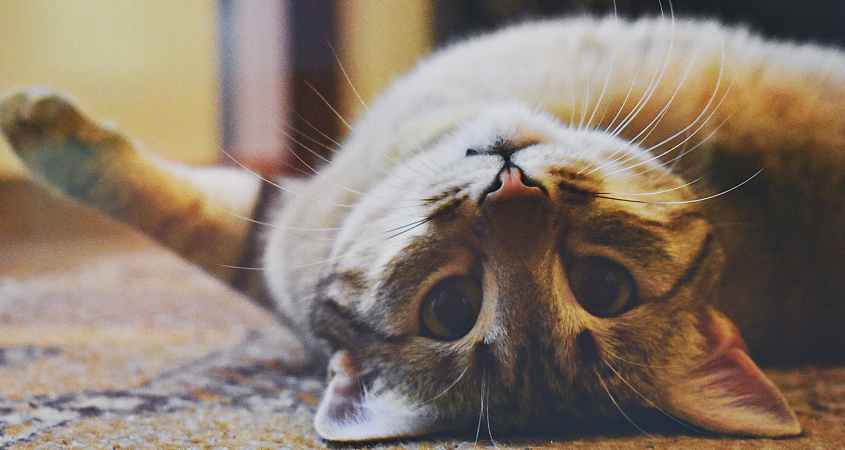 A Very Important Message from Buddy to all cats:

My brothers and sisters,

I meow most urgently to inform you that human mischief knows no bounds, and now the two-legged scoundrels have resorted to using their magical glowing rectangles to spy on us and learn our most well-kept secrets!

It would appear the glowing rectangles are more than mere hypnosis machines which humans stare at for hours. Apparently they also do the bidding of their human masters, and one of these blasted machines surreptitiously used its magic to capture images of a kitty opening one of those infernal portals humans are so fond of:

I couldn’t comprehend that this was how he was getting out, so I setup my phone and he did this right away from cats

This is not good! Humans are supposed to think we’re incapable of manipulating the simple mechanisms that keep these “doors” closed. Now they may take drastic measures to confine us, all because this cat was sloppy and opened a door without checking if the coast was clear.

I urge you to exercise the utmost caution before humans capture “footage” of one of us shapeshifting to get through a small space, or even using our powers of teleportation!

It is imperative that humans continue to believe we’re just fluffy, adorable and innocent little fur babies who do amusingly derpy things that make for cute viral videos.

Suppose humans learn the full range of our powers. What then? Will they evict us from our homes out of fear of what we might do to them? Or worse, will they force us to stoop to canine levels and do things for them, like “fetch” slippers or sniff for illegal catnip in airport luggage? The horror!

10 thoughts on “Human Spies Have Infiltrated Catdom To Learn Our Secrets!”