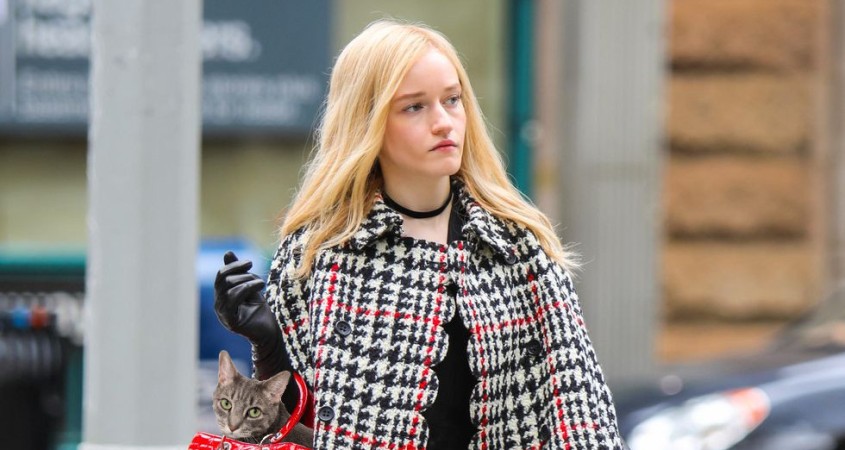 NEW YORK — Anna Delvey said she was at a low point when she crossed paths with Buddy the Cat at a party one night.

“So many of my friends were so disappointing,” Delvey says. “When people show up to a party looking poor or fat, and they’re not wearing designer clothes, it’s a huge buzzkill.”

But Buddy, who was a guest of Princess Charlotte Marie Pomeline Casiraghi of Monaco, was clearly someone who understood style and luxury and moved in the exclusive circles Delvey frequented.

“I was like ‘Oh my God, you know [Monegasque designer] Pauline Ducruet?” Delvey recalls. “Buddy had just arrived with Felix [Finch, editor of the Trafalgar Review of Books]. He knew all the right people, was at the best parties and always knew when to leave before unattractive people showed up.”

On the night she met Buddy, Delvey says she was already shaken by a woman who showed up to a film festival afterparty wearing clothes from Target when her group faced another setback: The maître d’ at Dorsia had double booked their reservation, so they were forced to head to Espacé on the upper west side.

“I was on the verge of tears when we arrived at Espacé, since I was positive we wouldn’t get a decent table,” Delvey recalls. “But we did, and relief washed over me in an awesome wave.”

It turned out Buddy knew the maître d’ at Espacé and was able to secure a table by slipping him two crisp $100 bills.

“Friends like that,” Delvey says, “are worth keeping around.”

Delvey’s roster of friends was whittled down to just a handful when she was arrested in 2018 and charged with defrauding various luxury hotels, spas, boutique shops and bankers out of more than $300,000. She was also on the verge of securing a $22 million loan from Cavendish Holdings, ostensibly to open a VIP arts club, when authorities caught up with her and charged her with multiple counts of wire fraud, grand larceny and tampering with financial records.

Delvey’s story was immortalized in a 2019 New Yorker piece which went viral and, with the premiere of Netflix’s Inventing Anna miniseries just 10 days ago, millions of people are now privy to almost every sordid detail of Delvey’s long con, in which she presented herself as a fabulously wealthy German heiress sitting on a $60 million trust fund.

The now-convicted former socialite, whose real name is Anna Sorokina, moved in the highest echelons of New York society for more than two years. She quickly made a name for herself after arriving in New York from Paris, where she’d interned at fashion magazine Purple, and soon worked her way into the orbit of celebrities, famous designers and even royalty.

Like Delvey, the source of Buddy’s wealth was shrouded in mystery.

“I think he was some sort of poultry oligarch,” said stylist Ronaldo Chen. “Vast holdings in eastern Europe, turkey farms, wineries and hotels.”

Others said he was a Youtuber and vlogger who helped popularize the wildly popular genre of unboxing videos, while some people said he was a tech bro raising venture capital.

“He comes from old money just like Anna does,” said French socialite Marinus. “House Buddeaux is one of the oldest catnip families west of the Seine.”

Episode 11 of the Netflix hit details the now-infamous party 2017 in Budapest at which Delvey is alleged to have made off with more than $150,000 of the Duke of Sandringham’s diamonds and left Buddy with more than $30,000 in hotel charges.

Still, there are apparently no hard feelings between the two.

“Buddy is a genius, bitches,” Delvey told Vogue last summer in a jailhouse interview. “I was surrounded by genius and now I’m here, wearing a horrid jumpsuit, locked up with basic bitches. My cellmate says she’s serving a life sentence for stabbing her cheating boyfriend, and I was like ‘Why are you being so dramatic?'”