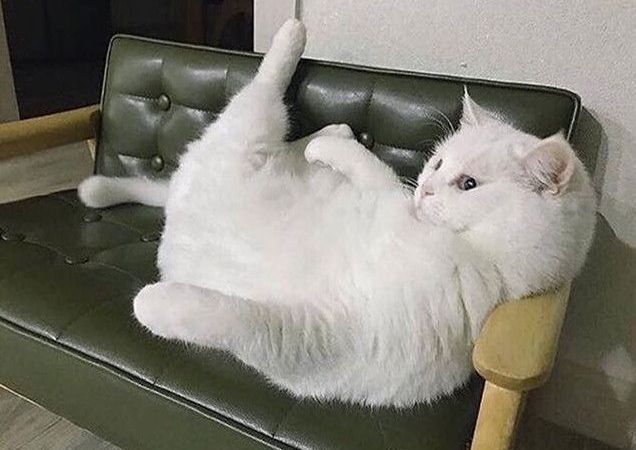 NEW YORK — One of the east coast’s most ruthless mafioso cats was sprung from the big house on Saturday, officials from animal control confirmed.

Fat Tony Purrtellini, a capo in the Cattazio crime family, escaped in the chaos following a prison brawl between felines and a group of Chihuahuas, witnesses said.

“It was absolute bedlam,” said Fuzzy, a British shorthair who witnessed the scene. “A rowdy group of Los Gatos were talking all sorts of rubbish and told the Chihuahuas they would be knifed if they didn’t stop yapping, but that only made the Chihuahuas yap even louder. Then Fat Tony tossed fuel on the fire by telling the Gatos that the Chihuahuas barked at their mums.”

The chaotic scene was compounded by the Chihuahuas’ loose relationship with reality, a source at animal control said.

”Chihuahuas think they’re the size of Great Danes,” said the official, who spoke on condition of anonymity. “Someone really needs to give those dogs a mirror.”

As the Gatos rained blows on the pint-size dogs and the dogs retaliated by biting the cats’ tails, Fat Tony Purrtellini was spirited away by a mysterious hooded figure.

“It were Harry Mewdini, I’m sure of it,” one inmate said with hushed reverence. “I’ll never forget that face.”

Mewdini is singlehandedly responsible for at least two dozen jailbreaks, federal authorities say. The mysterious cat was originally a magician who worked birthday parties on the Chuck-E-Cheese circuit, wowing kittens by escaping Schroedinger’s box and making balloon mice until he caught the eye of the Cattazio crime family, which had several members serving time and saw promise in Mewdini’s skills.

The impact of Fat Tony’s escape was already felt on the street, where Gatos crews were posting extra look-outs and beefing up security because of the portly feline’s reputation for ruthless drive-by sprayings.

Others were stocking up on Purrtellini’s favorite snacks — including soppressata, mortadella, capicola and prosciutto — to bribe the infamous meowbster.

“You let your guard down for one minute,” said a nip dealer who refused to give his name for fear of reprisals, “and that’s when Fat Tony rolls up with his crew. We’re all terrified of getting soaked.”