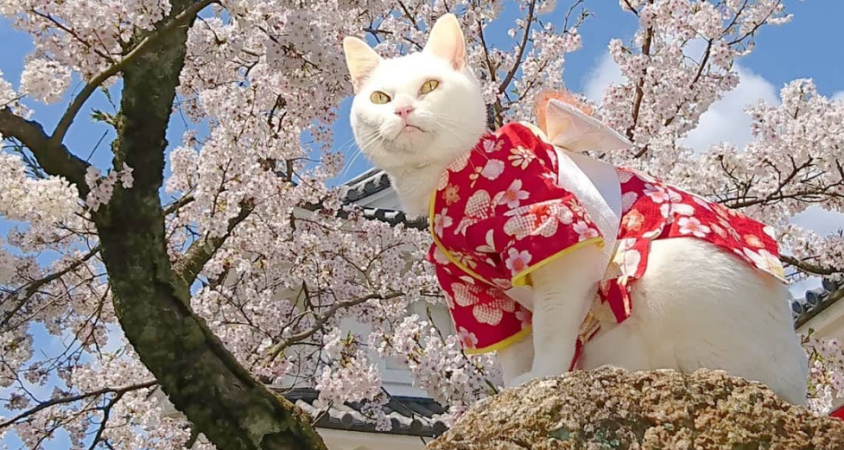 One of the highlights of my trip to Japan last summer was Gotokuji Temple, the famous “cat shrine” in Tokyo’s Setagaya suburb.

Gotokuji is home to thousands of statues of maneki-neko, or “beckoning cat,” an important and ubiquitous image in Japan: Statues of maneki-neko adorn shops and virtually every public place in Tokyo, but Gotokuji is where the legend of the beckoning cat was born. Visitors write prayers on the statues and ask for good luck for a variety of venture, from opening new businesses to getting married.

There is, however, only one current feline resident at Gotokuji, while Kyoto’s Nyan Nyan Ji — literally “meow meow shrine” — is populated exclusively by feline “monks,” who wear monkly garb and take their duties — especially napping, er, meditating — very seriously.

The most recognizable of them is Koyuki, the chief cat priestess at Nyan Nyan Ji.

Here are some photos, all courtesy of the temple’s Instagram, showing what life is like for Koyuki and her fellow priests: 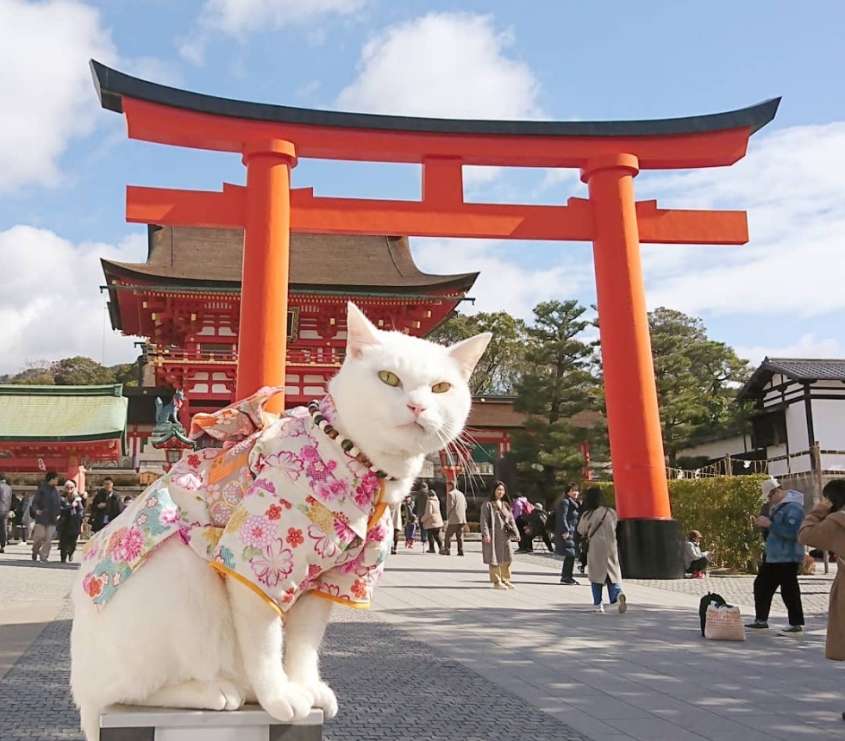 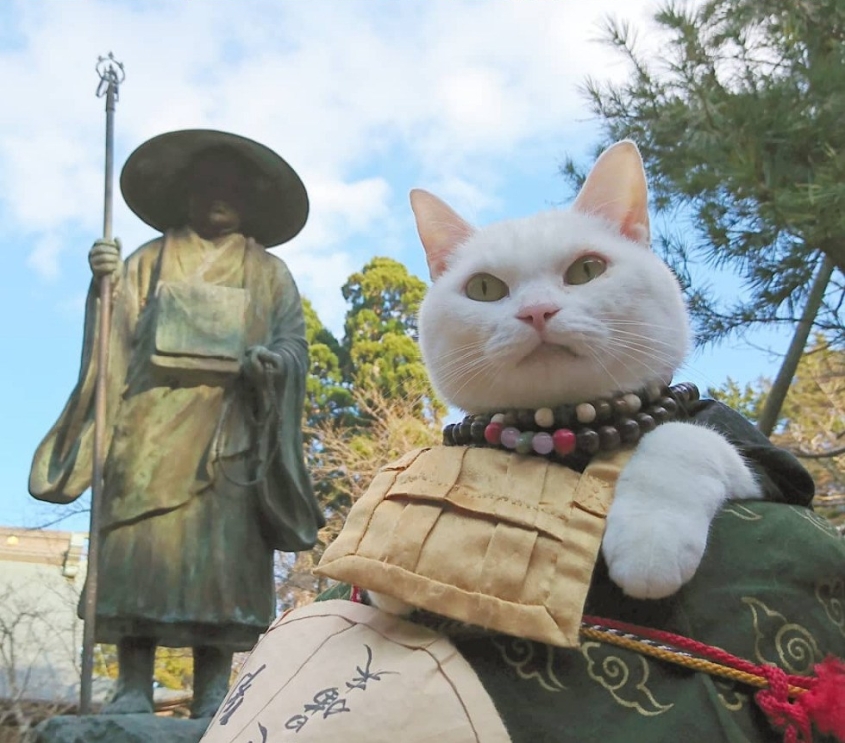 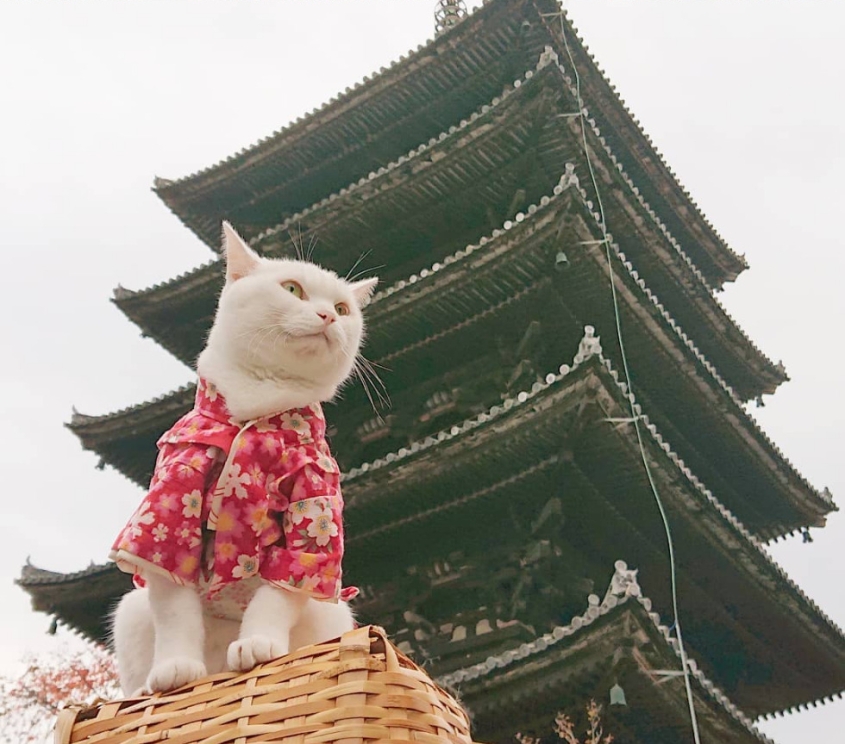 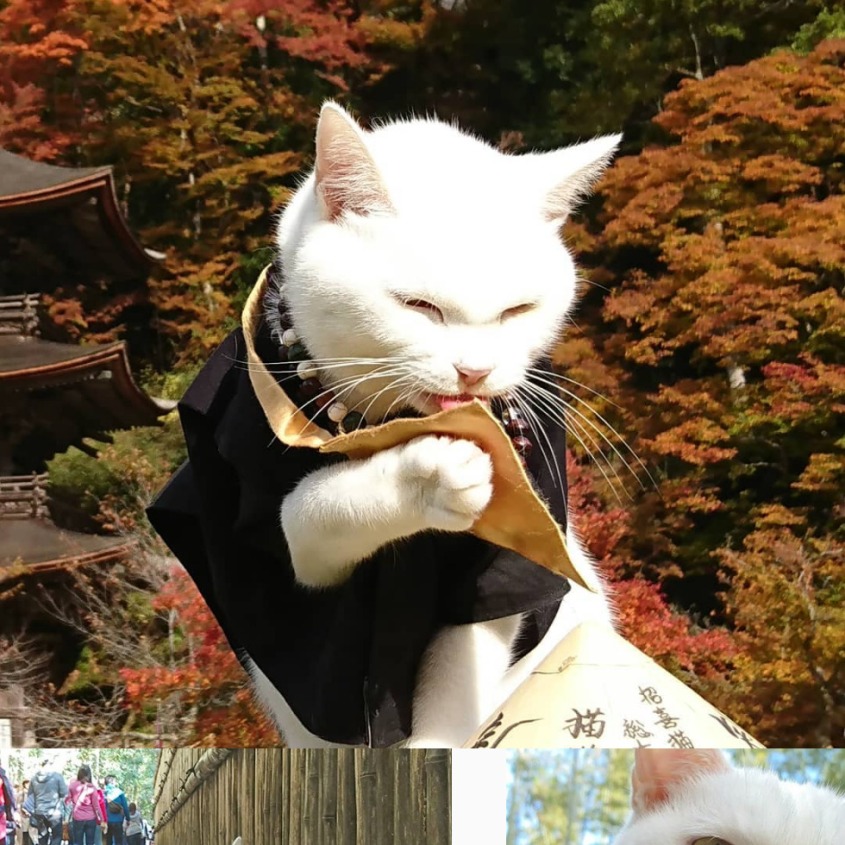 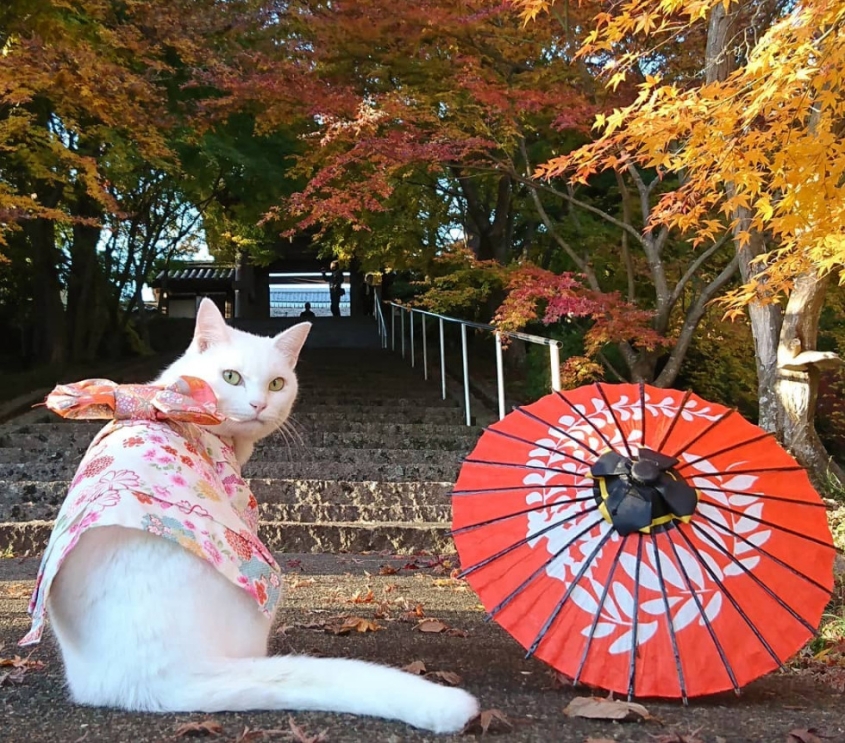 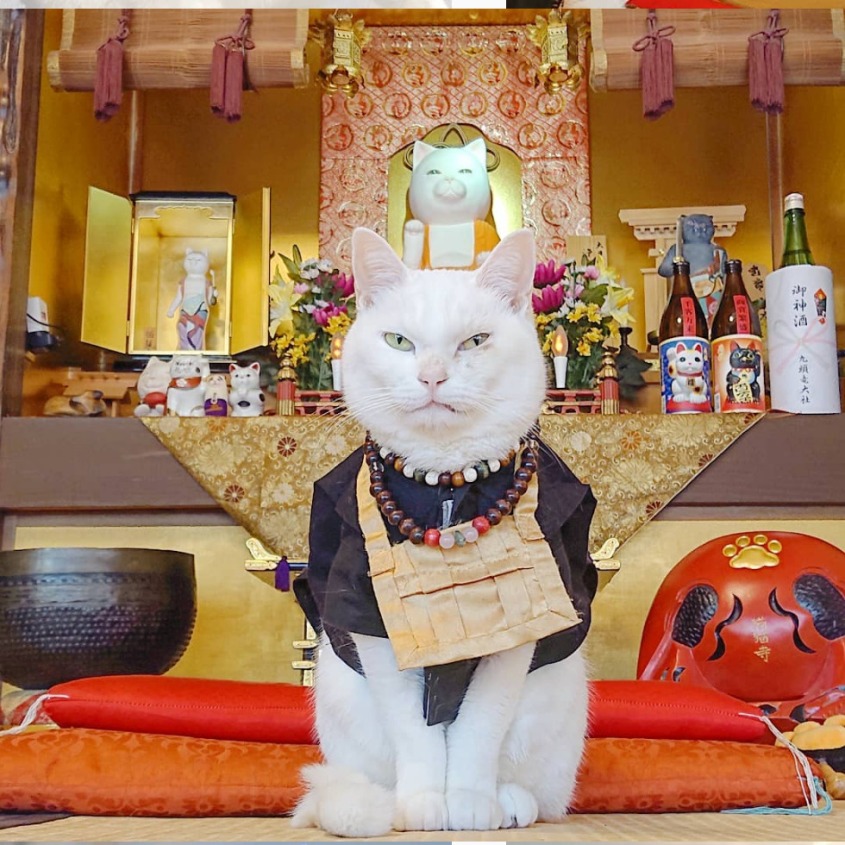 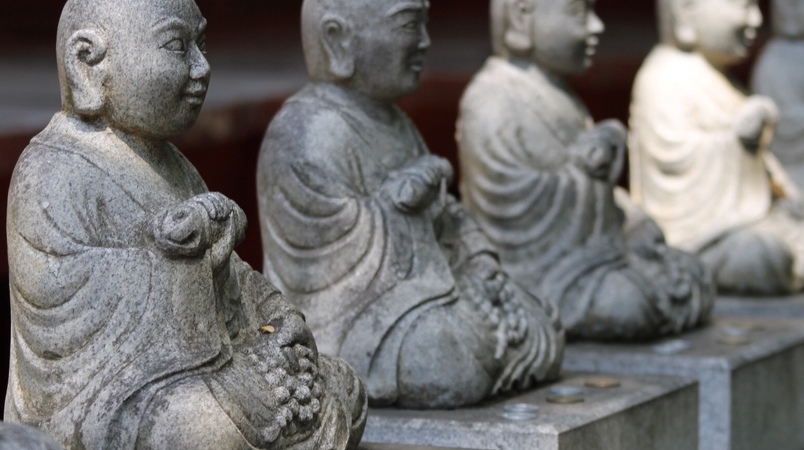 I arrived at Mt. Takao’s monkey park just in time to watch an exciting part of the day for the troop: lunch.

One of the keepers entered the exhibit with a bucket of seeds, and this little guy decided he wanted a ride:

After a few minutes of snatching up seeds, the little monkey decided he liked the keeper’s hat, so he helped himself to it:

The keeper couldn’t get the monkey to give up the hat, so she called in reinforcements. For the next few minutes, two keepers tried to grab a hat from one monkey hiding in a den with five exits.

It was like wack-a-mole as his little face kept popping out of the various holes only to beat a hasty retreat and try for another when one of the keepers spotted him.

Eventually they did get the hat back after the prankster grew bored.

Snow monkeys are macaques, just like rhesus monkeys, bonnets and long-tails. What makes them unique is the fact that they are the northern-most, coldest-dwelling non-human primates on the planet.

No other monkey or ape can tolerate the extreme cold like Japanese macaques. Most people have seen images of them in snowy Nagano, where they bathe in hot springs during the deep chill and sleep in tightly-packed “group hugs” to share body heat.

Japanese macaques live in matriarchal societies. Each troop is headed by an alpha and a matriarch. Troops have strict hierarchies, and rank is matrilineal — a monkey’s standing in the troop depends on who his or her mother is.

Females stay in their maternal troops for life, while males are driven out by the alpha and his lieutenants on the cusp of adulthood, usually around six or seven years old.

This has the benefit of removing potential challengers to the throne as well as preventing inbreeding. The ousted males will spend their next few years trying to prove themselves to new troops, or decide to start their own.

I spotted the group’s alpha in the most well-shaded corner of the enclosure, attended to by three lesser-ranked monkeys who were grooming his fur. Grooming is a big deal in macaque society — it’s one of their primary social activities, where relationships are forged and problems smoothed out.

It pays to be king: The alpha always eats first, has first claim to choice spots and first crack at propagating his DNA.

Upon success, the babies will hop back into their mothers’ arms. Life continues that way for several more months until the babies are about a year old and start to venture further from their moms. They continue to nurse for up to two years.

After the impromptu monkey show, I met up with my brother and we made our way up mountain toward several shrine complexes and temples.

Mt. Takao tops out at 1,965-ft, and the ascent to its peak is peppered with mixed Buddhist-Shinto shrines. They’re the real deal, with centuries-old woodwork and artifacts that date back even further.

In this photo, a woman paints calligraphy onto a blank page with precise brush strokes: 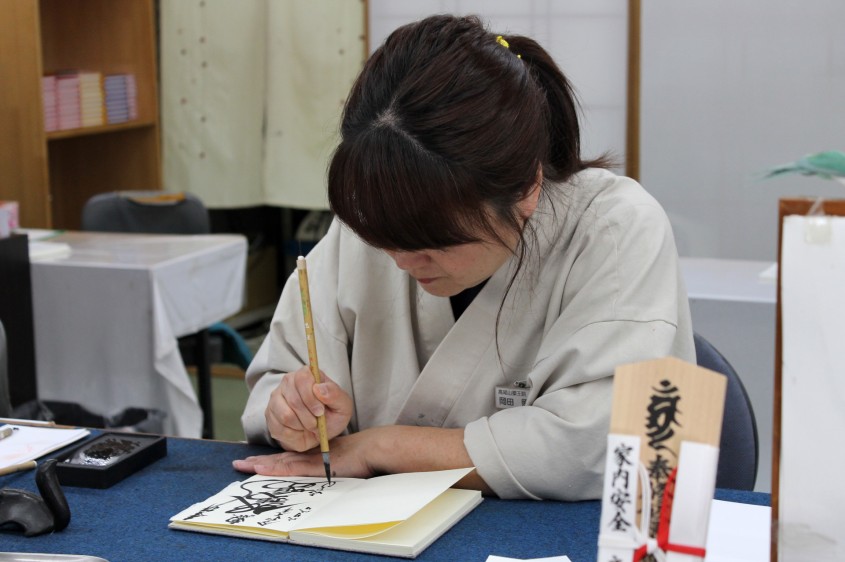 Further uphill are the temples: 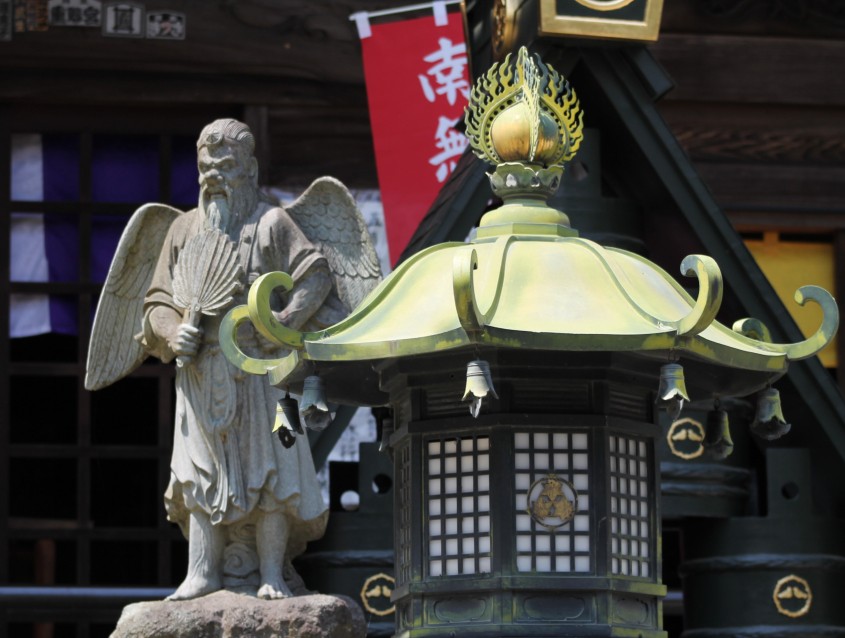 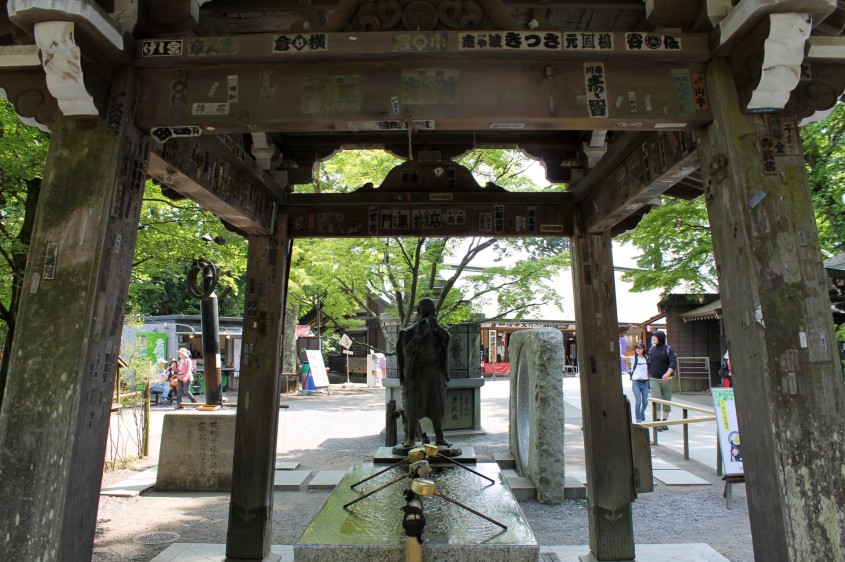