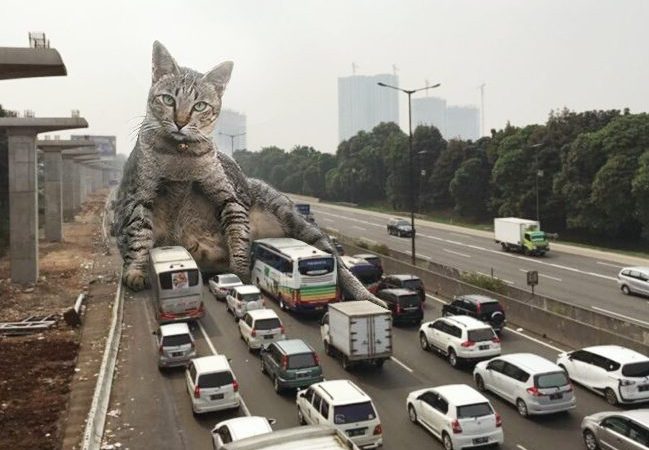 Nintendo’s newest game has been out for all of one day and already cats are like “Nuh-uh.”

The idea behind Mario Kart Live: Home Circuit is clever yet simple and seemingly tailored for the pandemic era: Using a Nintendo Switch, players control a tiny Mario Kart equipped with a camera and race it around courses they design in their homes. Because players are controlling the kart through a screen and seeing things from the kart’s point of view, the game augments the race course by generating obstacles to dodge, coins to collect and opponents to race against.

It’s called augmented reality, because it adds layers of computer-generated imagery over things we can see with our own eyes. It’s the same concept behind smart glasses and floating heads-up displays.

But there’s one wild card Nintendo’s designers may not have anticipated: Felis catus.

Nothing grabs a cat’s attention quicker than a small, fast-moving object, and the little karts have been triggering the predatory instincts of countless cats.

Some cats go all “You shall not pass!” Gandalf-style on the karts:

Others aren’t sugar coating what they think of the invasive little cartoon racers:

Finally, some cats just don’t know what to make of it:

The best part about this is that, from the kart’s eye view, house cats look like furry kaiju — giant, lumbering beasts hell bent on sending the racers careening off course.

It also begs the question: Is there anything in existence that cannot be improved by adding cats?