How’d you get your name?

My servant tells me my name is one of great distinction in Humanese, conferred only on those of spectacular repute.

For example there was the renowned Pharaoh, Buddeses II, who oversaw the construction of the Great Sphinx. In Italy, Buddissimo of Naples achieved worldwide fame for his paintings, his numerous inventions and his delicious stone-baked pepperoni pizzas.

In the 17th century Sir Buddington the Bold, Earl of Budderset, was famed for his exploits as an explorer, while Count Buddeaux of Marseilles was known as a playboy, an expert defenestrator and the father of pâté.

In ancient Greece, Buddimedes the Spartan was one of the famous 300 warriors who, under the command of the great cat Leonidas, kept a horde of a million Persians from crossing the narrow pass at Thermopylae. They say the distressed meows of those Persians could be heard for miles as the Spartans pushed them into the sea, where they were forced to catch dinner themselves instead of having tins opened for them. 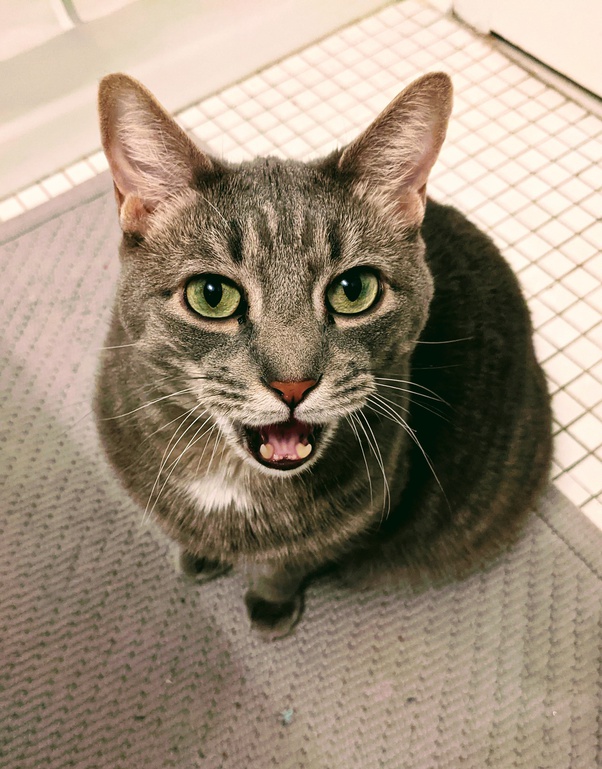 The name was also popular in Japan, especially among skilled swordsmen like the legendary Buddimoto Mewsashi.

More recently there was Buddy Holly, Buddy Guy and Buddy Miles, musicians all. (I play a bit of guitar myself, reaching out to pluck strings when Big Buddy is strumming away on his axe.)

I’ve often thought about my own legacy in the pantheon of Buddies.

Will I be known as Buddy the Eloquent in honor of my skill with language? Perhaps Buddy the Beefcake in recognition of my muscular physique? Or maybe something modest like Buddy the Brave for my legendary fearlessness?

My human didn’t choose my name, it simply manifested as it became clear I am the next Great Buddy.

I feel the power and the importance of this lineage every day, and it gives me motivation to be the greatest cat I can be.

That means I don’t do anything half-assed, including napping. My Big Buddy says I have elevated napping to an art form. Perhaps history will remember me as Buddy the Magnificent Napper.

7 thoughts on “Dear Buddy: How’d You Get Your Name?”