Felines are a traditionally misunderstood lot, but no one gets it worse than black cats.

The poor little furballs are much less likely to find forever homes because of superstitions that won’t die, including claims that black cats are bad luck or agents of the devil.

While today is National Black Cat Day, many shelters across the US won’t adopt black cats out around Halloween, and sometimes for the entire month of October. The temporary moratorium is for the safety of black cats, who are much likely to be abducted, abused, killed or ritually sacrificed this time of year, according to animal welfare groups.

As if black cats didn’t have it bad enough, the age of social media has given people another reason to avoid black cats, this time for the most vapid of reasons: They supposedly don’t look good in selfies and Instagram shots. 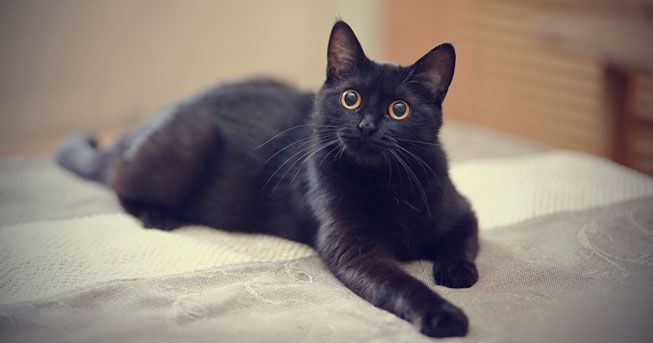 Christine Bayka, who founded a rescue shelter more than two decades ago, tells the Telegraph that potential adoptees admit they’re passing on black cats for that reason.

“It happens all the time, I will go through all the questions and say ‘are you flexible about colour?'” Bayka said. “Then they will say, ‘Yes, as long as it’s not black.'”

As usual the fault lies with humans, not cats: If you can’t take a decent shot of a black cat it’s because you don’t know how to use your camera, not because the cat is impossible to photograph properly. After all, we never hear of nature photographers passing up opportunities to snap melanistic jaguars because it’s too difficult.

But we’re in luck thanks to pro photographers sharing tips on how to capture the sublime beauty of these little panthers. Fuss with a few settings, make sure the lighting is right, choose a high-contrast background and you’re well on your way. There are even tips for getting better shots using your iPhone.

In honor of National Black Cat Day, here’s ample proof that they can look spectacular in photographs:

And last but not least, from reader Anna K and her handsome little panther, Frank: