NEW YORK — History’s first all-feline hockey team got off to an ignominious start Tuesday when it was forced to forfeit its first game due to the entire team ending up in the penalty box.

The unfortunate sequence of events began in the first period when Duster Hoggins, captain of the Ice Cats, earned a whistle from the referees for trying to bite one of the opposing team’s forwards.

The members of the Ice Cats’ bench — who had been napping or quietly looking on with detached disinterest — suddenly perked up as the referees announced the penalty.

After the referees escorted Duster to the penalty box, mayhem broke loose: The formerly calm felines began a relentless assault on the opposing team by scratching, biting and even throwing themselves at the other team’s players.

A great cheer erupted from the Ice Cats’ bench when Little Panther, their center, was whistled for ignoring the puck and making a beeline for the opposing goaltender, whom he repeatedly struck with his stick.

“Penalty box! Penalty box!” the cats chanted, banging their sticks on the ground as they encouraged their teammates.

A broadly grinning Little Panther high-foured Duster and the two other cats who were already inside when he was escorted to the penalty box.

The feline teammates briefly paused, looking at each other for a moment before resuming their cheer: “Penalty box! Penalty box!” 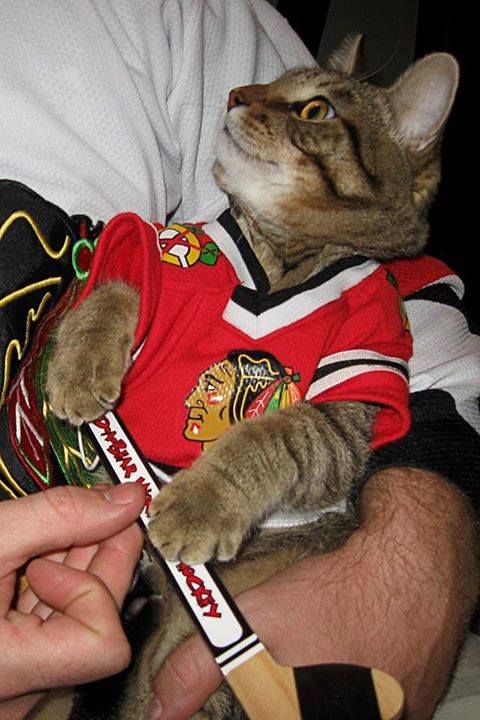 The game was called just 4:52 into the first quarter after the penalty box was crowded with players and the Ice Cats could no longer field a team.

“This is a great sport!” Duster told reporters after the game. “If we’d known the goal was to reach the penalty box, we would have taken to hockey with much more zeal.”

“The goal isn’t to reach the penalty box, you morons!” a visibly angry Tortorella said, cutting into the interview. “We lost today because of your stupidity.”

The Ice Cats are scheduled to take on the New York Islanders on Thursday at the Barclays Center, where Duster vowed his squad would “dominate the penalty box like no other team in history.”