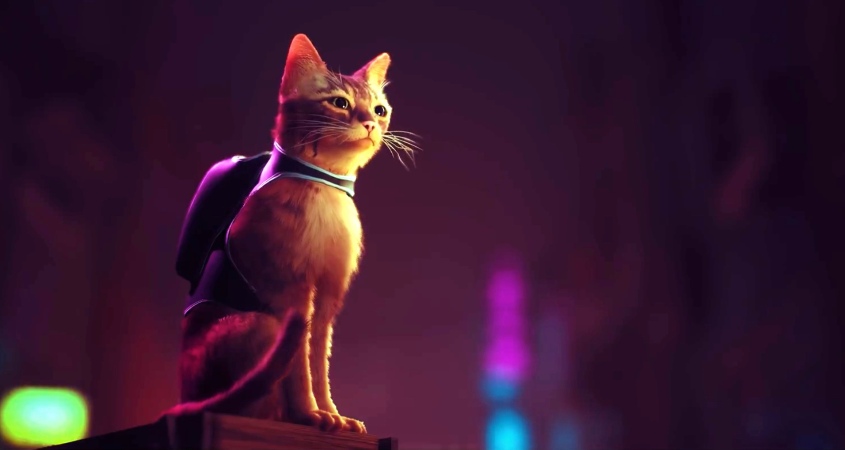 After 2015’s Shelter 2 — in which gamers take on the role of a female Lynx protecting her cubs in the wild — proved there’s a real audience for games from a cat’s perspective, there have been a few feline-centric games coming down the development pipeline.

None of them, however, look as unique and fascinating as Stray, a newly-unveiled title in which players take the role of a cat surviving in a post-human future Hong Kong.

The game’s trailer is spectacular, following an orange tabby cat navigating a neon-lit urban landscape populated only by machines. Details about the narrative haven’t been revealed and it’s not clear what happened to humanity in the game’s universe, but cats are alive and well in Stray, and it looks like they’ve manipulated robots into serving them the same way they had humans wrapped around their little paws.

“I will throw my money at anything that lets me play as a cat,” one Youtube user posted.

“There’d better be a meow button,” another wrote.

Although it’s early yet and we haven’t seen gameplay videos, the cat depicted in the trailer is exceptionally well-modeled and rendered by game artists who clearly love the little furballs. The feline’s gait, movements and vocalizations are spot-on.

Stray will be a PS4/5 exclusive at launch (boo!) but will also have a PC release, presumably at least a few months later. We’ll be watching eagerly for more news about this interesting and unique game, which is slated for a 2021 release.