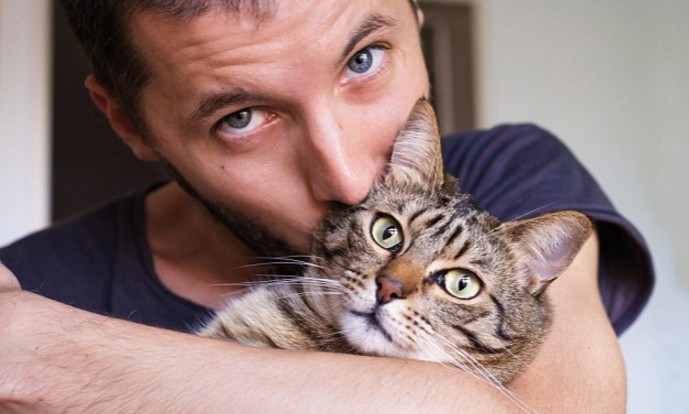 A Brazilian research team wanted to find out if cats experience separation anxiety when their owners aren’t home, so they visited the homes of 200 cat servants, wired them up with cameras and microphones, and conducted a rigorous study in which they first established a behavioral baseline, then compared the cats’ normal behavior with their actions when their humans weren’t home.

In what might be the laziest, most assumptive attempt at conducting animal behavioral research thus far in 2020, the team from Brazil’s Universidade Federal de Juiz de Fora handed out questionnaires to 130 cat owners that asked, among other things, about the body language and behavior of their cats when they weren’t at home to witness it.

Did these cat caretakers have Palantirs that allowed them to spy, Sauruman-style, on their kitties at home? Nah.

“Since there weren’t any cameras observing the cats, the owners answered based on evidence from reports by other residents, neighbors or any signs the cat left in the home, such as feces, urine or broken objects, [study author Aline Cristina] Sant’Anna said.”

My neighbor’s friend’s Uber driver, who parked outside for 16 minutes, said my cat looked angry when he briefly appeared in the window, so I’m gonna go ahead and write in this here questionnaire that Mr. Socks has terrible separation anxiety. Yep. 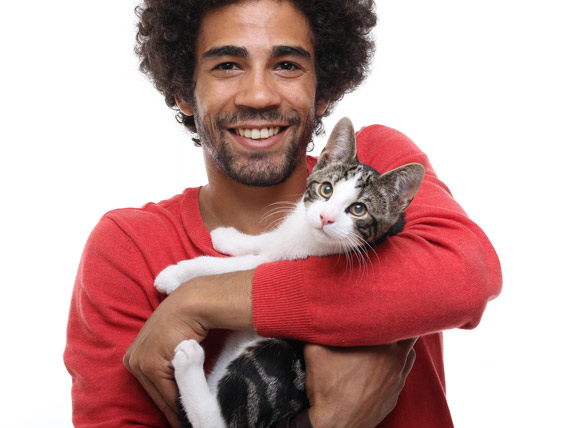 But suppose the data was reliable, instead of fuzzy third-hand accounts from cat owners who quizzed their apparently nosy neighbors about what their cats do in their down time. How do we know a smashed vase is separation anxiety, and not the result of a cat with the zoomies just knocking stuff over?

How do we know a cat who misses the litter box doesn’t have a UTI, or refused to use a dirty box?

But it gets better, dear reader. This team of superstar scientists decided the reason some cats were supposedly depressed or destructive is because they live with male caretakers instead of women:

“Maybe, for different reasons, the animals raised in households with no female adults or more than one female adult were less likely to develop secure and mentally healthy types of attachments with their owners in the sampled population,” [study author Aline Cristina] Sant’Anna said.

Or maybe the authors are getting paid to make wild, unsupported assumptions and combine them with worthless data.

The CNN version of the story doubles down by quoting a self-appointed expert who expounds on the cats-and-females theory:

Cats might be a little more distressed in the absence of their owners if they are younger adults who are busy and not focused on the fact that they have a pet, the researchers theorized.

“They’re happy to have a pet, but they’re going out, being social, [going on] dates and having parties,” added Johnson.

For those who aren’t keeping score, we now have an academic and a certified behaviorist telling us cats who live with men or adults younger than 35 are more likely to be depressed because they, like, totally heard we don’t scoop the litter boxes as frequently or something.

That’s because all men refuse to be affectionate with their cats, and people under 35 are party animals who snort cocaine off the posteriors of strippers when they should be feeding Fluffy, according to our experts.

Johnson’s credentials include working at a hospital for cats and running her own “cat behavior house call and toy business.”

It’s worth noting that there are dozens of organizations that certify people as cat behaviorists. Sometimes the difference between a certified behaviorist and one without certification is the former simply paid dues to a member group that issues the certificates.

By now my opinion on this study is abundantly clear. The methods and conclusions wouldn’t pass muster in most undergraduate classes, let alone a research paper published in an academic journal. (The researchers published their work to PLOS ONE, an open access journal.)

What I don’t understand is, why bother? According to the study, 13.5 percent of the cats demonstrated at least one behavior consistent with separation anxiety, but for reasons I elaborated on earlier, the data is worthless. I’m not a fan of questionnaire studies in the first place, let alone questionnaire studies asking people what other people told them about difficult-to-interpret animal body language.

And lastly, I’m not a fan of this idea that there’s a certain “type” of person who is the best kind of cat owner.

We should be dispelling crazy cat lady stereotypes, not perpetuating them. Maybe men are in the minority when it comes to adopting cats, but nothing other than unfounded assumption suggests we men aren’t loving and affectionate with our little buddies, just like there’s nothing but anecdotal evidence to suggest caretakers younger than 35 neglect their pets.

The past few years have seen an authentic boom in research into feline cognition, behavior and emotion, and for that I’m grateful. But we can do better than this.