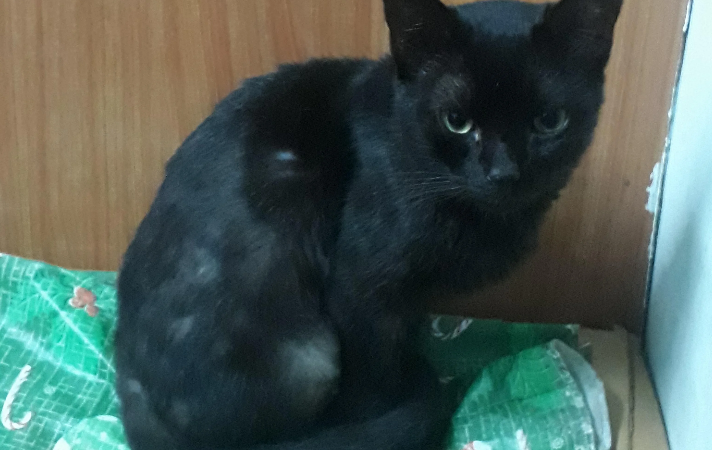 Reddit’s “Am I The Asshole?” is described as a “catharsis for the frustrated moral philosopher in all of us, and a place to finally find out if you were wrong in an argument that’s been bothering you.” It’s also a goldmine for people who wish they could read an advice columnist’s slush pile.

On Tuesday, a user asked the community if he’s “the asshole” for kicking his girlfriend out of his home after she tried to get rid of the kitty by “pick[ing] him up and put[ting] him outside to wander off.” Here’s the full post:

AITA for kicking out my girlfriend from AmItheAsshole

According to the OP, his cat didn’t do anything to prompt his girlfriend from booting the little guy.

“She knows he can’t survive outside… She didn’t seem to have any regrets about her actions and no, she never lived with cats before,” the poster added in response to follow-up questions from the community. “She said she couldn’t stand cats and that she couldn’t live with one.”

A few users pointed out that kicking a house cat with no survival skills out of a home is not only dangerous, but kicking a black cat out on or near Halloween could have tragic consequences. As for the original poster, he says he’s placed Raven in the temporary care of a friend until his girlfriend moves out, as he’s worried she might try to hurt the cat — or throw him out again — out of spite.

Others said he was doing the right thing even if Raven wasn’t in danger.

“If she thinks it’s acceptable to do that with something as important as a pet, then she thinks she can do that with any aspect of your life she doesn’t like,” one user wrote. “The cat is important, but almost irrelevant in the scope of red flags she’s throwing out.”

For whatever reason, even though women are more likely to be cat caretakers than men — and men are statistically more likely to take their relationship frustration out on pets, especially cats — the last few viral stories about relationship conflicts over cats have implicated women. Obviously if the situation had been reversed, the boyfriend should have been thrown out, or the girlfriend should have left with her cat. Gender isn’t the issue here: The issue is jerks who take their frustrations out on innocent animals.