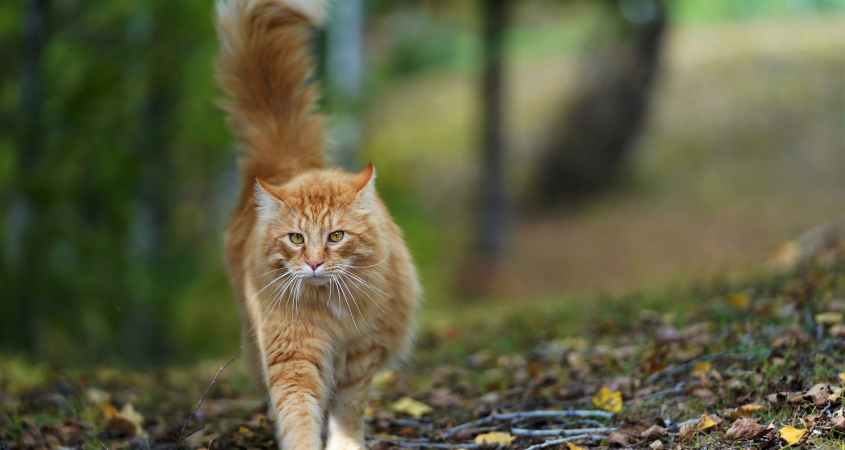 Most of the time when we talk about reasons to keep your cat(s) inside, it’s because the great outdoors pose innumerable risks to the lives of cats.

People make a big deal of cats retaining many of their wild instincts, but the truth is they’ve been domestic animals for 10,000 years, and the only “natural habitat” for them is under the care of kind people in a safe home or a managed colony where they’re protected, fed and given veterinary care.

But cats are predators, technically an invasive species in most places, and they have a jerk streak, so there are plenty of valid reasons to protect others from them.

A cat in Pleasant Hill, California — about 20 miles east of Oakland — illustrates that last point perfectly. Apparently he’s been inviting himself into the neighbor’s house via the cat flap, where he bullies the neighbor’s cat, helps himself to its food and adds a final insouciant insult to injury by taking a nap in the neighbor’s house. Then he strolls back into his own home in the morning, enjoys breakfast and has another nap.

Lisa, the offending cat’s human, said she found out about her cat’s jerktastic behavior via social media, and wrote to The San Jose Mercury News’ pet advice columnist for counsel on how to handle the situation. The neighbors have begun hiding their cat’s food in a closet, but understandably they want Lisa’s aggressively napping cat burglar to stay away.

“Not sure how to curtail his activities. Neighbor is not happy with our cat’s behavior,” Lisa wrote. “Locking our cat inside at night is not a good option; he is very vocal when locked up.”

“I think both of you should keep your cats indoors, and the neighbors should lock the cat door, but as it’s your cat burglar that’s causing the issue, it’s up to you to curtail him,” Morris wrote. “Keeping your cat indoors at night is the simplest solution. The adjustment might be difficult — probably more for you than for him — but in time he’ll get used to it.”

I understand it can be very difficult to curtain feline behavior. If there were an Olympics for being annoying, Buddy would take gold many times over for his relentless meowing when he wants something and isn’t getting it. But the one thing you can never do is give in, or the little stinkers will learn that they get what they want when they yowl incessantly.

Do you agree with Morris, or should the bullying moggie get his way?