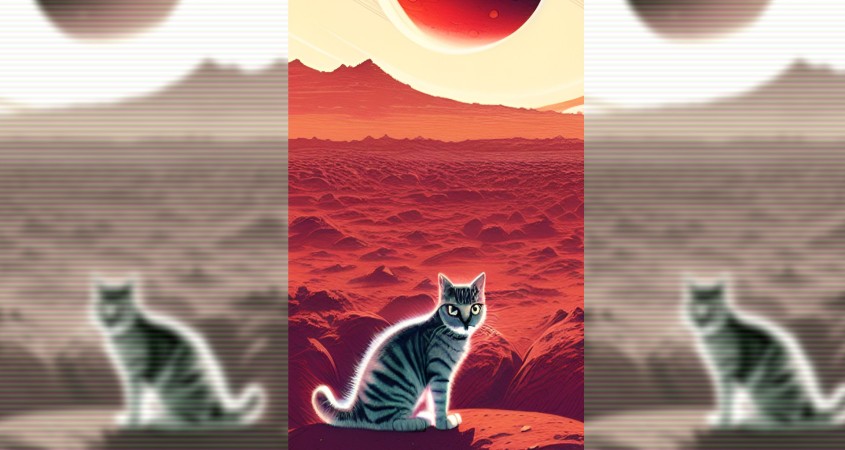 Cats are sneaky, quiet as a ghost when they want to be and have a habit of seemingly teleporting between spots, but could they somehow use their feline superpowers to beat us to Mars?

As the Perseverance rover continues to chug along and take photos as well as samples of rock and soil, people following the rover’s progress can vote for “image of the week,” and this time around they picked an image that, when seen from a distance, appears to show a crouched cat with its behind raised, in mid butt-wiggle as it prepares to pounce on some unfortunate Martian.

This isn’t the first time Mars enthusiasts have spotted a “cat” in an image from the red planet. In 2015, some people said a group of rocks resembled a “giant cat statue” poking out from the Martian soil in a photo taken by the Curiosity rover.

I don’t really see it. YMMV: 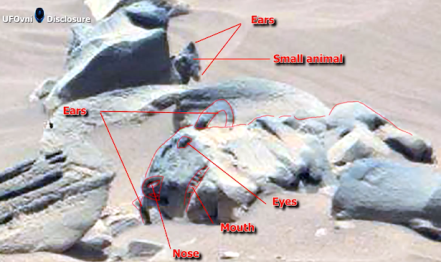 An “enhanced” image of the same formation. 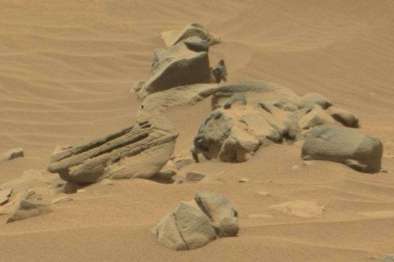 The “cat statue” on Mars as encountered by the Curiosity rover in 2015.

Perseverance is exploring the site of a former crater lake and an adjoining former river delta. The Bad Astronomy blog says it was “very clearly a lake of standing water at some point in the past.”

The blog provides a breakdown of the geography of the crater and what it can tell us about the Mars of the past. Knowing there was water on Mars makes the idea of life elsewhere in the solar system seem possible. Astronomers believe Jupiter’s moon Europa, for example, potentially hosts life. The satellite exists so far from the sun it’s in a permanent deep freeze and would normally be inhospitable to life, but the evidence strongly suggests there are oceans beneath Europa’s icy surface, and those oceans are heated by massive vents on the ocean floor.

Water, warmth, energy. The conditions for life are there. If Mars was covered with lakes at one point, what’s swimming in the oceans of Europa?

So Mars had water and the entire planet was pristine litter box. If it had some prey to hunt and an atmosphere, the red planet could have been the perfect homeworld for felis sapiens, who would rival humanity in technology if not for the tragic fact that their species is only awake eight hours a day.