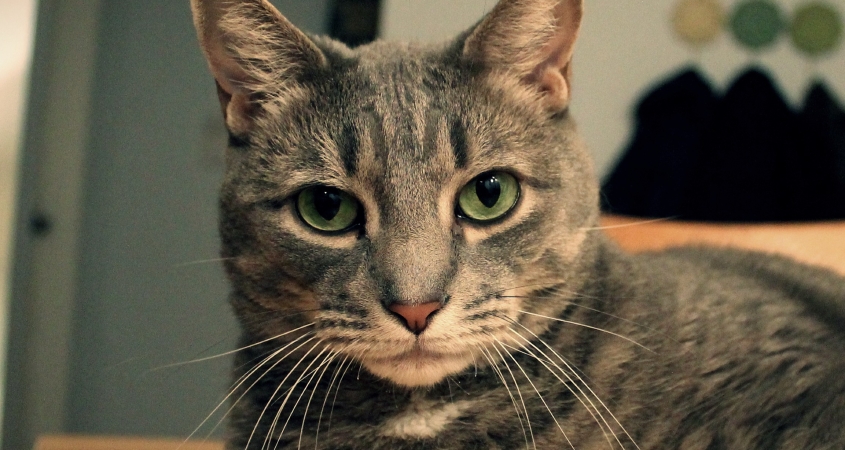 Not only has Mitchell been my favorite novelist for many years, but part of the fun of reading his books is seeing characters from his other novels pop up, pass through, make brief cameos or even take the leap from minor character in a previous book to major player in a new story.

While the vast majority are human, one of those characters is the Moon Gray Cat, a domestic feline who shows up at the strangest times and has a major impact on Mitchell’s characters.

For instance, a war correspondent character in Mitchell’s The Bone Clocks sees the Moon Gray Cat on a stairwell landing in a Baghdad hotel. He bends down to pet the mysterious feline just as a car bomb detonates outside the building, sending shrapnel, shards of broken glass, dislodged pieces of concrete and other debris through the window.

If the character hadn’t seen the Moon Gray Cat and hadn’t stopped at that instant to pet the little guy, he would have been shredded in the blast.

In Slade House, Mitchell’s sole foray into the horror genre thus far, the first chapter’s protagonist notices the Moon Gray Cat laying dead in an alley. It’s the only Mitchell book in which the cat appears deceased, and signals that there will be no magical interventions for the characters this time around. (It is, after all, a horror novel. But don’t worry: Mitchell says the Moon Gray Cat isn’t dead and cannot die.)

Sure enough, the familiar feline shows up again in Utopia Avenue, once again marking a major moment in the book.

Of course, our readers here know of a particular Moon Gray Cat. He may not be as literary as his fictional counterpart (his interests lie more in world domination, the procurement and sale of catnip, and eating as much turkey as possible), but he’s just as magical. Since adopting the little dude in 2014, I’ve come to think of him as the mysterious Mitchellverse meowster.

Moon Gray Cat, we salute you! 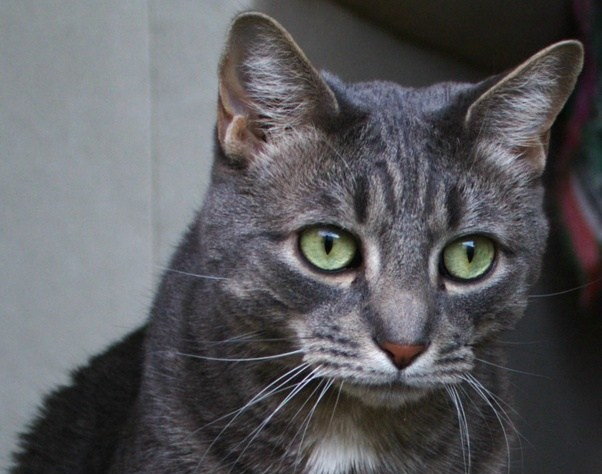