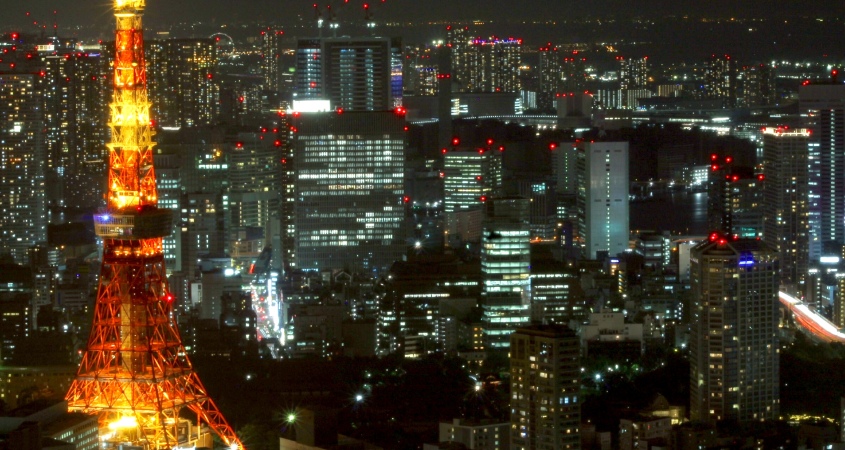 Tonight we visited the Roppongi Hills Mori Tower, a skyscraper with great views of the surrounding city.

The building is less than a five-minute walk from my brother’s apartment, and at 54 stories and 781 feet it’s the sixth-tallest building in Tokyo.

Mori Tower has a 54th floor “Sky Deck” which was closed this evening due to the weather, so the observation deck on the 52nd floor was our only choice.

It doesn’t really matter — the view is spectacular and the observation deck features a 360-degree view of the city through floor-to ceiling windows. It’s even got signs pointing out the neighborhoods you’re looking at from each angle, and a section where you can pull up a chair, have a cup of tea and look over the city.

Even from this height Tokyo extends to the horizon in every direction save for the waterfront near Haneda, an endless sprawl of shops, homes, office buildings, izakayas, plazas and parks.

All photos by Big Buddy using a Canon T3. Click on the photos for higher-resolution versions. Trust me, it’s worth it. 🙂

2 thoughts on “Roppongi Hills: Tokyo From Above”