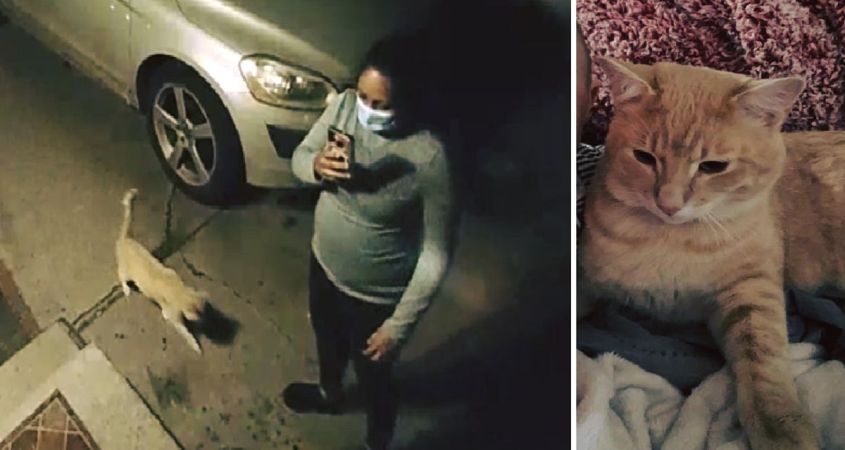 Police are looking for help from the public as they try to identify a delivery driver who stole a Colorado family’s cat.

The woman is a driver for Postmates, an Uber-owned company that delivers food and other items from restaurants and shops that don’t offer their own delivery services.

Footage from a nearby surveillance camera shows the woman pulling up to the Adams County, Colorado home at 10:27 pm on March 9.

She delivers the package, then bends down and picks up the customer’s cat — an 11-month-old ginger tabby named Simba — before taking off in her white SUV.

Simba had a collar but was not microchipped, police say. Unfortunately, the suspect’s license plate number was not visible in the surveillance footage.

Unbelievably, Postmates hasn’t told detectives who the driver is. It wasn’t clear from a tersely-worded police statement whether the company has been uncooperative or it simply doesn’t have information on one of its own contractors. Neither potential explanation looks good for the company.

The Postmates app is also supposed to provide customers with basic information about their delivery drivers. It wasn’t clear why that information was apparently not available.

Simba’s case is also reminiscent of a late 2019 incident near Minneapolis in which a delivery driver stole a much-loved cat from a customer.

A doorbell camera caught the driver touching the cat and picking him up, but the angle obscured the view of the man actually stealing the cat. After months of denying to police and the cat’s owner that he stole the friendly feline, the driver finally confessed in a rambling letter to the cat’s devastated owner, admitting he tossed the cat out of his truck’s window shortly after stealing him. Because of weak animal protection laws that treat pets as property, the driver was charged only with a pair of minor misdemeanors.

In the case of the Postmates driver in Colorado, because they haven’t had any luck finding the driver, nor any identifying information from her employer, police are appealing to the public and hoping someone will recognize the woman. 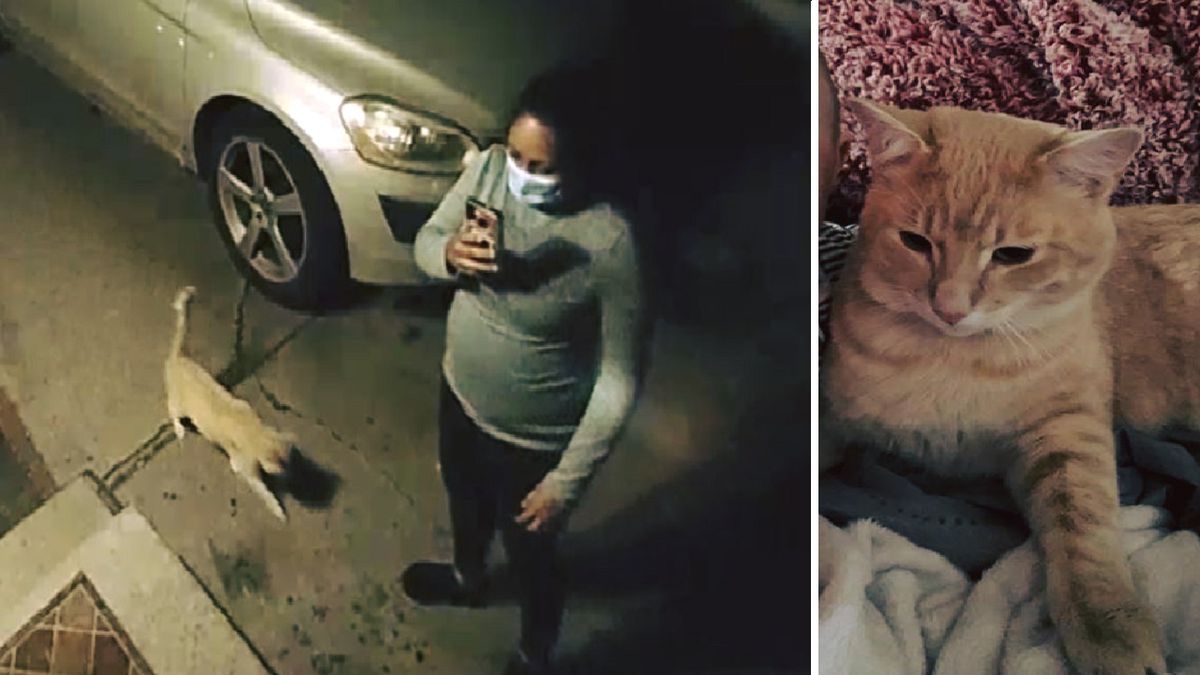 They’ve released stills from the surveillance footage, as well as this description: “The woman is a Hispanic female with brown hair in a ponytail, a cloth face mask on, a gray long-sleeve shirt, black pants, and black shoes.”

Anyone with information about the woman or Simba’s whereabouts can reach police at 303-288-1535.