Make sure you’ve stocked up on snacks and beverages, because today’s the big game.

Like its predecessors, this year’s Kitten Bowl uses a flimsy football pretense to air the blood pressure-reducing, relaxing spectacle of a bunch of cute kittens running around a miniature arena and chasing after balls.

The program, which is a collaboration with the North Shore Animal League, pet food brands and other organizations, also serves as a TV-show-length PSA reminding people to adopt instead of buying kittens. Come late spring/early summer, every shelter will be overflowing with kittens just like the little ones in the Kitten Bowl.

The Kitten Bowl airs at 2 p.m. Eastern on the Hallmark Channel, and you can also stream it on Hallmark’s official site. 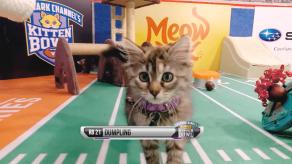 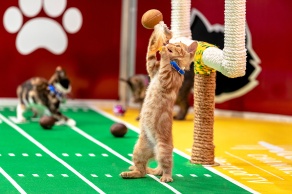 One thought on “Kitten Bowl VIII Is Today!”