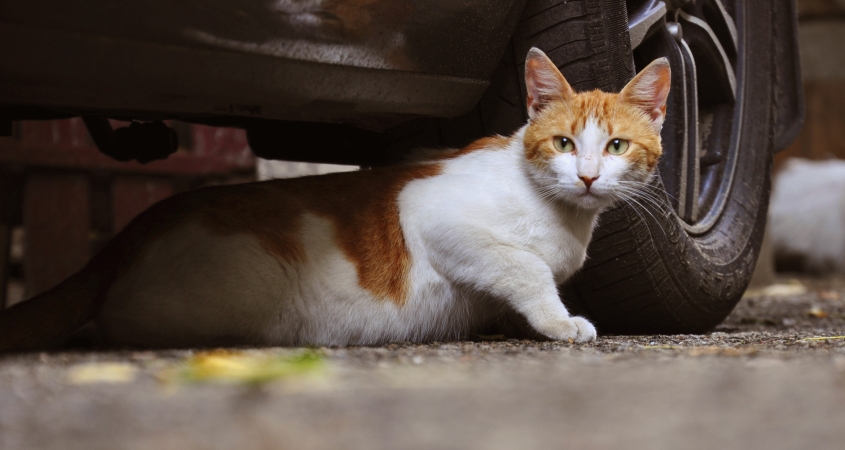 State employees in California have agreed to temporarily stop shooting cats after stories about their actions prompted an overwhelming backlash.

Employees with the East Bay Regional Park District have shot at least 18 cats this year, including a dozen in the past month. A spokesman for the state agency, which manages park land in nine California counties and major cities like San Francisco, claimed the cats were a threat to birds in a marshland not far from a business park where the felines lived.

But the East Bay Regional Park District has repeatedly lied about the cats’ fates, failed to work with local rescues and shelters, and refused to honor public records requests about the cat-killing program, according to animal rights advocates and local media.

Dave Mason, a spokesman for the East Bay Regional Park District, described the situation as “an out-of-control feral cat colony of at least 30 cats.” By contrast, staffers at local rescues, as well as the people who managed the colony, said most of the cats were strays, some were former pets, and they rarely entered the nearby protected marshlands.

“[East Bay Regional Park District] came out most likely at night, and shot and killed the cats we had cared for. We spent countless hours getting the majority of these cats fixed. Countless hours!” one local caretaker fumed on Facebook. “These cats were vaccinated, microchipped and healthy. We pulled kittens out when they presented themselves. We pulled adult cats out on many occasions. Some of which we believe were dumped there. We were constantly doing work there.”

Mason painted a very different picture of the situation.

“The Park District appreciates all animal life but is required by law to protect threatened and endangered wildlife living in District parklands,” he told SFGate. “It is imperative that the public understands that feral cats are not part of a healthy eco-system and feeding them only serves to put endangered wildlife at risk.”

Now the agency’s supervisory board has pulled the plug on killing cats, according to the local ABC affiliate, after receiving a flood of angry messages and phone calls about the policy. Dee Rosario, the board’s incoming president, told KGO she plans to have the practice ended permanently.

Board members also promised the public will get answers after the EBRPD ignored public records requests from journalists at KGO.

“The board will be asking some tough questions, and we want to get a report of exactly what happened,” said Ellen Corbett, who sits on the board. “And that’s why we’ve asked for an investigation.”

It’s worth noting there’s no evidence to support culling cats as an effective way to protect birds. Several studies, however, indicate TNR (trap, neuter, return) programs do have a measurable impact on local cat populations, and thus limit the number of birds and small mammals killed by free-roaming cats. The majority of animal welfare specialists — as well as groups like the SPCA and Humane Society — urge people to keep their pet cats indoors, and to get them spayed or neutered.

Initially, employees of the state agency claimed they’d trapped the cats and placed them in local shelters, colony caretaker Cecelia Theis said. But after staffers at local shelters said the East Bay Regional Park District did not drop off any cats, and a local TV news station began calling, the agency backtracked and admitted a team of “conservationists” shot the cats.

“There is a pile of bags and a hole in the fence near where I fed these babies every night. Those jerks hunted them and killed them,” Theis wrote on Facebook.

Later she told SFGate: “I’m looking out at the park crying their names.”

A Change.org petition urging the EBRPD to “honor its values” and cease shooting cats had accumulated almost 5,000 signatures in three days.

Cat advocates were particularly incensed that the EBRPD did not notify them before making the decision to kill the cats and didn’t reach out to local shelters for help finding a better solution.

“While we understand and fully support the need to safeguard protected wildlife and habitats from nonnative and predatory species, this tragic outcome did not need to happen,” said John Lipp, director of the Friends of Alameda Animal Shelter.  His group and other local rescues “could have worked together to humanely rehome or relocate these cats had we been notified in advance.”

Despite the pledge to stop killing cats, advocates aren’t taking any more chances. They’ve trapped the remaining strays. Some will be put in foster homes, and four will be available for adoption in the near future.