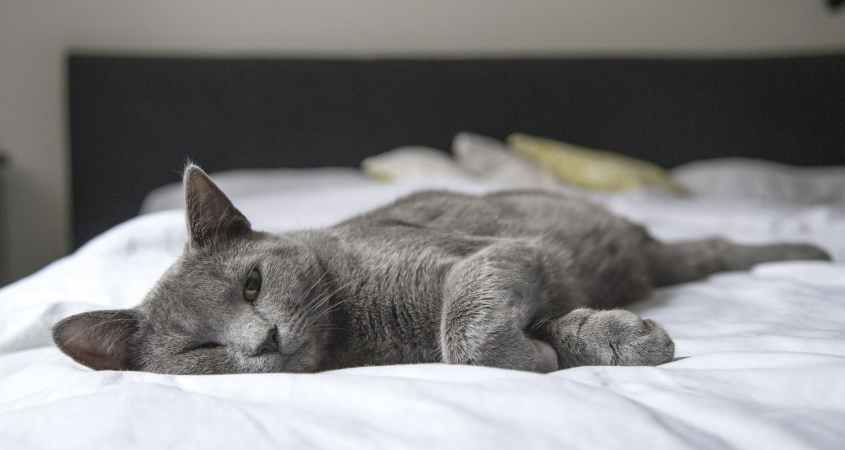 A Japanese company that sells FitBit-like devices for cats released its first data-driven report this week and promises new revelations to come as more people buy the devices for their cats, leading to more data.

The company and its device are both called Catlog. To mark “Cat Day” in Japan, which falls on Feb. 22, researchers at the Shibuya, Tokyo-based firm issued a report saying data shows cats sleep progressively longer as they age, and cats in general sleep longer in winter.

Yeah. Not exactly a whopper.

Still, it’s one thing to know something anecdotally and another to prove it, and there are tantalizing possibilities as more kitties are equipped with Catlog. The collar-like device uses “biologging” technology to record and sort data on things like eating, drinking, sleeping, grooming and exercise. The data is relayed to caretakers via a mobile app and added to the information coming from every other Catlog, giving the research team behind the app hard data for cats across all ages and breeds.

The Catlog has received Japan’s Good Design Award, a sought-after mark of excellence among Japanese products.

Unfortunately Buddy won’t be contributing to that data even if Catlog pushes into the US market. Little dude won’t tolerate a collar at all and is not shy about loudly, repeatedly, incessantly communicating when he doesn’t like something. 🙁

Most Popular Cat Breeds of 2021, According to CFA

The Cat Fanciers’ Association has released its annual list of the most popular cat breeds. While the CFA recognizes 45 breeds and registers “non-pedigreed” cats as well, the list is based only on CFA registered cats. That means it provides a good snapshot of which breeds are trendy, but it’s not a definitive most popular breeds list.

Cats without a particular breed still account for the vast majority of all pet felines, but among people who registered their cats with CFA, Ragdolls were the most popular in 2021, followed by gentle giant Maine Coones and exotic shorthairs. (Note that this list does not include the fearsome and elusive Buddinese Tiger.)

7 thoughts on “Sunday Cats: FitBit For Felines, Plus CFA’s Top Breeds For 2021”